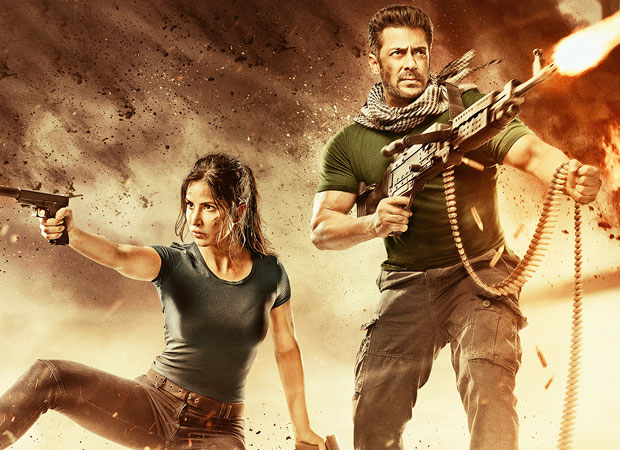 Salman Khan and Katrina Kaif are coming back together as Tiger and Zoya for Yash Raj Films’ Tiger Zinda Hai and rightly so this most awaited film will mark the grand finale for Bollywood films this year. A lavish, larger than life, sleek action and high octane spy drama, Tiger Zinda Hai has all the elements of a super entertainer to celebrate the New Year with. The film has been shot across magnificent locales of the world and now Salman and Katrina Travel to Greece to shoot a huge song for the film. This schedule will see the film wrap it’s shooting and it’s only fitting that the movie’s final shoot is that of celebration.

The song, as the name will suggest, has a lot of swag, titled ‘Swag Se Karenge Sab Ka Swagat’ the track will feature the king of swag Salman Khan and the gorgeous Katrina Kaif and will have dancers from all over the world. Director Ali Abbas Zafar said, “Tiger Zinda Hai is massive in terms of scale, and holds the promise of thrills and entertainment which is why we wanted to salute a central thought with the film’s final song called ‘Swag Se Karenge Sab Ka Swagat’, the song is a tribute to love, peace and brotherhood. Its visually grand and quite stylish featuring dancers and different moves from all over the world. In a manner, the song celebrates the film and its global reach.”

As for the film, Tiger Zinda Hai which is a sequel to Kabir Khan’s Ek Tha Tiger, is being directed by Ali Abbas Zafar and produced by Yash Raj Films. The film is slated to hit the theatres on December 22, this year.