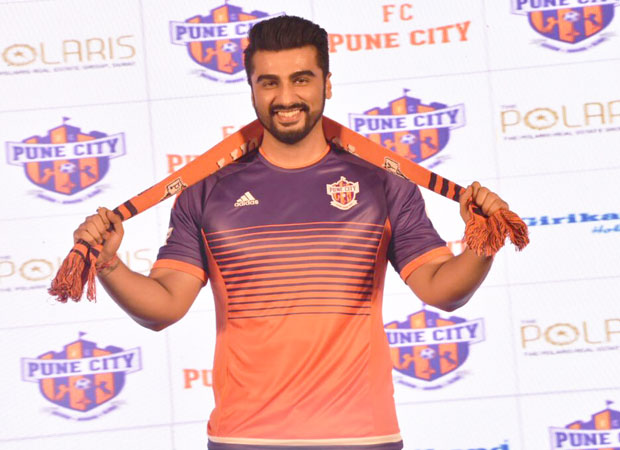 The Bollywood sports enthusiasts are taking a new route away from their field of entertainment to fulfill their passion for sports. From Shah Rukh Khan to Abhishek Bachchan, several personalities are investing in varied sports. Joining their league is yet another football fan Arjun Kapoor.

It is a well-known fact that Bollywood lives their passion for the sport by practicing football on suburban stadiums in Mumbai and playing charity matches under the team ‘All Stars Football Club’ [ASFC]. Now, Arjun Kapoor has decided to take his love for the sport a step ahead by co-owing the Pune Football Club that is part of the Indian Super League. Interestingly, Arjun Kapoor was earlier a brand ambassador of the same team.

Talking about how sports often makes one learn important values like team spirit, Arjun was all praises for his co-team members with whom he plays in ASFC. He was all praises for Ranbir Kapoor whom he not only considers to be a fantastic player but also appreciates his passion for sports. Furthermore, he considers Jim Sarbh and Dino Morea as talented players and even applauded Kartik Aaryan who started playing with them a year and a half ago. Arjun stated that Kartik has improved a lot in that span of time. As for him, he stated that he was away from the game for a while owing to his outdoor shoots abroad for films like Mubarakan and Half Girlfriend.

Besides that, Arjun Kapoor was extremely excited about being associated with the Pune FC and is equally looking forward to the forthcoming 2017-18 ISL. Also, the actor has a lot of plans for the team’s future as he maintained that they are aiming to create international stars in the game in the next ten years. He explained about his goal of getting India on the world map in terms of football. The Kapoor boy is quite positive about seeing the growth since the game has come a long way today owing to television and the association of Bollywood with the sport.