Race 3 is one of the most awaited movies of 2018 as Salman Khan will be back action once again. The earlier films in the franchise, which had Saif Ali Khan in the lead, were blockbusters. With Salman Khan headlining the third installment, the makers have promised the film to be high on action and romance. 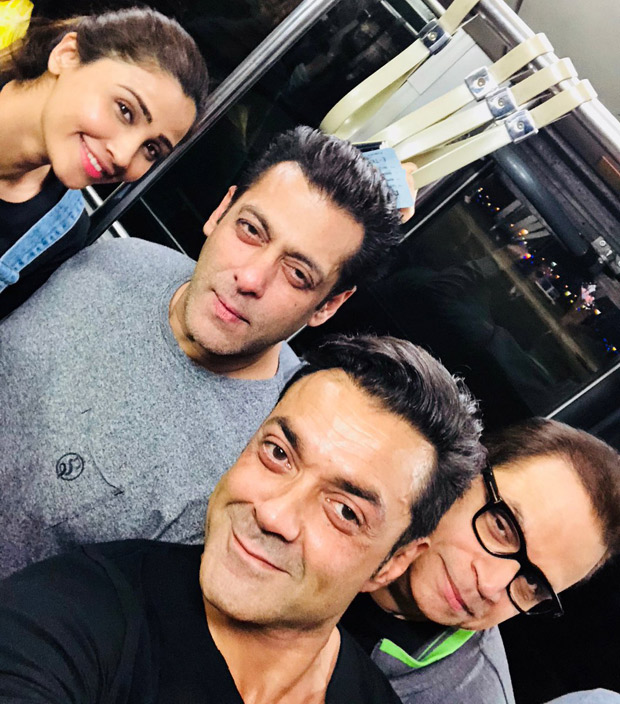 After wrapping up the first schedule in Mumbai a few days ago, the Race 3 cast including Salman Khan, Bobby Deol and Daisy Shah among others has headed to Bangkok. The cast will be reportedly shooting a song during their Bangkok schedule. Bobby Deol shared a photo and wrote, "Racing on, in Bangkok!! @ShahDaisy25 @BeingSalmanKhan @RameshTaurani  @SKFilmsOfficial @tipsofficial #Race3."

After the blockbuster hit Kick, Salman Khan and Jacqueline Fernandez will be reuniting on screen for the first time with Race 3. Apart from Salman Khan, the film also stars Anil Kapoor, and Saqib Saleem.

Directed by Remo D'souza and produced by Salman Khan Films and Tips, Race 3 is slated to release on Eid 2018.

Also Read: Salman Khan – Jacqueline Fernandez to shoot a sizzling number for Race 3 and here are the details