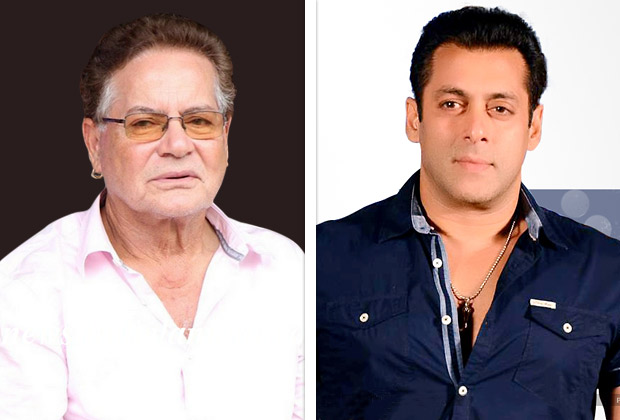 Salim Khan is known to be outspoken. The writer has never minced words when speaking about controversial issues whether it is related to the country or his son Salman Khan. Readers may recall that recently Salman supported Pakistani artists and criticized the ban imposed on them.

After his statement was out, Salman Khan started receiving backlash from everyone in politics, film industry members and media channels. He had said that people needed to understand that artists and terrorists are two different subjects. They should not be mixed. While ongoing the tension between India and Pakistan is just increasing rapidly, Salim Khan came forward in support of him.

In a series of tweets, Salim Khan called out all those people who called Salman 'anti-national'. He wrote, "Breaking news Saeed, Lakhvi &  Masood replaced by Salman Khan Mahesh Bhatt, Karan Johar & Yechury on the most wanted list of Times Now. As these people are a big threat to the unity of our country. Take heart, gentlemen, at least you are in the job of entertaining people. Rather than in a job of shouting screaming hurting & humiliating people. Mr. Yechury careful, talking of peace will make you a traitor. Mr. Bhatt our country has no dearth of intense and dramatic actors on TV then why look across the border."

The film industry is now divided since the Indian Motion Picture Producers Association (IMPPA) passed a resolution to temporarily ban all Pakistani artists in India.