Producer Sajid Nadiadwala is enjoying the success of his last release Housefull 4 which starred Akshay Kumar, Riteish Deshmukh, Bobby Deol, Kriti Sanon, Kriti Kharbanda, and Pooja Hegde. They hosted a success bash and invited the previous Housefull members as well. But, Akshay's post definitely hinted that Housefull 5 is on the cards. "Last night was a #HouseFull of fun with friends from Housefull 1, 2, 3 and 4 ????Gearing up for 5? I don’t know." 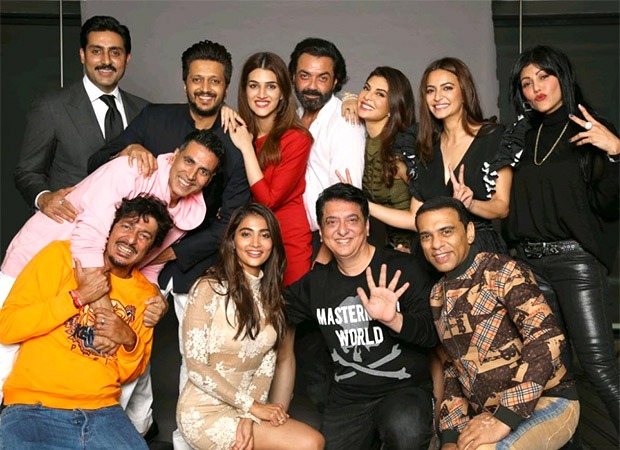 If the reports are anything to go by, Sajid Nadiadwala is trying to amp up the scale and add five couples in the next installment to add more fun. He has a basic idea for the film and has reportedly informed his writers to start work on it. Sajid Nadiadwala's wish list includes the principal cast of the previous films including Akshay Kumar and Riteish Deshmukh, Deepika Padukone (Housefull), John Abraham & Jacqueline Fernandez (Housefull 2), Abhishek Bachchan (Housefull 3) and Bobby Deol, Kriti Kharbanda, Kriti Sanon & Pooja Hegde (Housefull 4).

Once the script is locked, the filmmaker will then approach the actors since the huge ensemble will require bulk dates and coordinating with every other star.

ALSO READ: Team Housefull gets together for a success bash and we’re waiting for the 5th instalment!