The Indian men's cricket team recently had a historic win in Australia beating the home team to win the Border-Gavaskar Trophy. What looked like an impossible feat at the beginning of the tour was made possible even with multiple injuries and key players missing. Team India under the leadership of Ajinkya Rahane ended Australia's 32-year-long unbeaten streak at the Gabba. 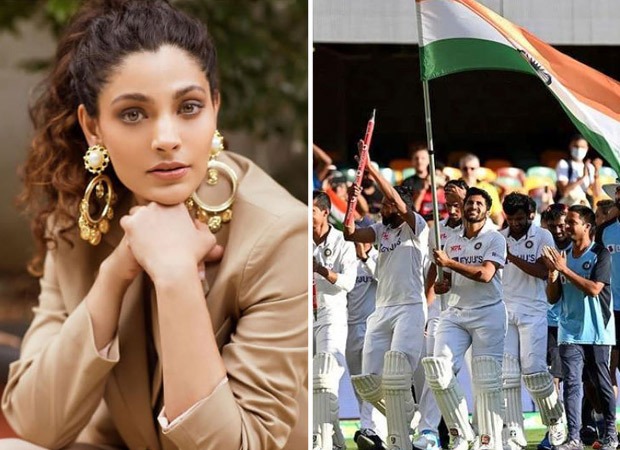 Now, it has been learnt that actress Saiyami Kher who is a cricket enthusiast herself, plans to write a book dedicated to the series. Talking to a daily, Saiyami said that as a cricket fan, it is the best comeback story that she has witnessed.

Further talking about what appealed to her the most, she said that this win is the quintessential triumph of the underdog story. She said that no one believed that this team could pull it off and they did, despite the odds. For Saiyami, sports means a lot and she owes her never give up spirit to it. She said that after her debut film Mirzya did not work, she went and ran a marathon.

The Choked actress is excited and emotional with the thought of capturing the historic cricket moment in a book. She said that it would not be statistical but a humane story. Indian cricketers Rohit Sharma, Ajinkya Rahane, Shardul Thakur, R Ashwin, Washingtom Sundar are some of the names who will be sharing their anecdotes for the book.

ALSO READ: Saiyami Kher thanks Choked director Anurag Kashyap for making her believe in herself again