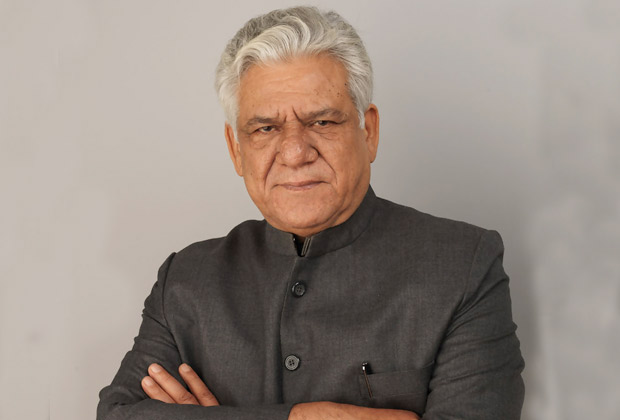 Om Puri is not perturbed by the ‘boycott Om Puri’ campaign that’s being carried on against him following his terribly tasteless remarks on the Indian soldiers. “Let them boycott my films. Earlier they’ve spoken of boycotting Shah Rukh Khan and Salman Khan’s films. But those wanting to stop films featuring me should know that’s not me on screen, that’s a character. A better option of showing their anger towards me would be to spit on and tear my posters. But when you try to harm films you harm a lot of other people who haven’t offended you in any way.”

Om Puri is penitent, and more than a little baffled by the ugly turn of events after his display of insensitivity during a television debate. “I’ll never participate in a television debate again. If you want to discuss national issues with come and talk face-to-face one on one. They asked me a question. I was answering. In the middle of my answer they asked me about soldiers and in irritation I said what I did. It was wrong. Terribly wrong of me to disrespect our soldiers. I pronounce myself guilty. Just saying I am sorry is not enough. Let the Government decide my punishment. But I’d implore them to not just put me in jail where I will sit around eating free meals. Let me do something for the betterment of society.”

Om now intends to visit the Uri martyrs’ families. “Let the current emotions settle down. The family is currently in bereavement and shock. Let them get out of this stress situation. Then I’ll not only visit the soldiers’ families I’ll also give whatever I can afford for their children. I want to assume the role of the soldiers’ children’s uncle. I want to become a part of their family.”

About banning Pakistani artistes in India Om says, “People in our country are angry. Let the Pakistanis stay away for a while. But the Indian government is quiet over the issue. If my government is silent on the issue, what can I say? Let the Indian government decide to send back all artistes, entrepreneurs and people visiting their relatives from Pakistan .Ask to pack up and leave in 2-3 days, but how will you round up all the Pakistanis in India and drive them to the airport?”

Om recalls the divide between the two countries and how no one thought it was so final. “When the country was partitioned it was mostly the poor who left for the other side leaving family behind, thinking they’d be reunited soon, or at least be able to visit each other regularly. How would they’ve known that relations would get so bad between the countries?”

The actor is full of praise for India’s surgical attack. “For the first time an Indian government in power showed Pakistan that it can undertake a practical battle operation. Earlier in spite of repeated terror attacks we had done nothing. This is the first time we have attacked, and attacked keeping in mind that no civilians are hurt.”

Following the nationwide disgust at Om’s comments on soldiers the actor is considering retirement. “Yes, I might quit altogether. At the moment I’ve received an offer from Canada for three months from January 2017 which I plan to take up. I got the offer just the other day.”