Two weeks prior to its release, here's a piece of good news for the makers of Saand Ki Aankh. Taapsee Pannu and Bhumi Pednekar's film, revolving around the world's oldest living sharpshooters, has been announced tax-free in Rajasthan. On Thursday, Rajasthan Chief Minister Ashok Gehlot approved the GST exemption proposal. 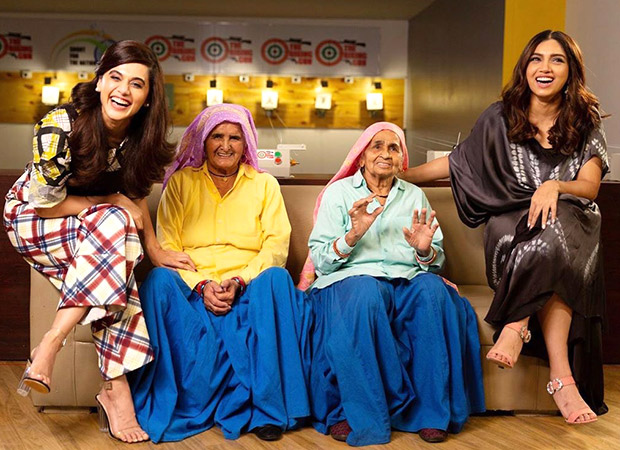 After the Government declared that it will not be levying GST on the film, Bhumi took to Twitter to thank them. 'Thank you so much for your support! We are so touched and humbled by this gesture. This truly means a lot,' she wrote.

Chandro Tomar and Prakashi Tomar, aged 86 and 81 respectively, hail from Uttar Pradesh's Johri village. They set a true example by picking sharp-shooting at an unusual age, and went on to numerous medals on national and global platforms. In the film, the two protagonists encourage village girls to participate in sports. The two aged women's story is a true inspiration; so much so that Bhumi now plans to continue shooting even after the film is over!

Directed by Tushar Hiranandani, Saand Ki Aankh is slated to release on October 25 and is clashing with Akshay Kumar, Riteish Deshmukh and Bobby Deol's Housefull 4.