Last Updated 04.02.2023 | 12:34 AM IST
feedback language
follow us on
Bollywood Hungama » News » Bollywood News » Ryan Reynolds and Patrick Stewart address rumours of their involvement in Doctor Strange in the Multiverse of Madness

As rumours are rife about the involvement of Ryan Reynolds' Deadpool and Patrick Stewart’s Professor X in the upcoming Doctor Strange sequel, the actors have broken their silence and addressed the potential cameo rumours. 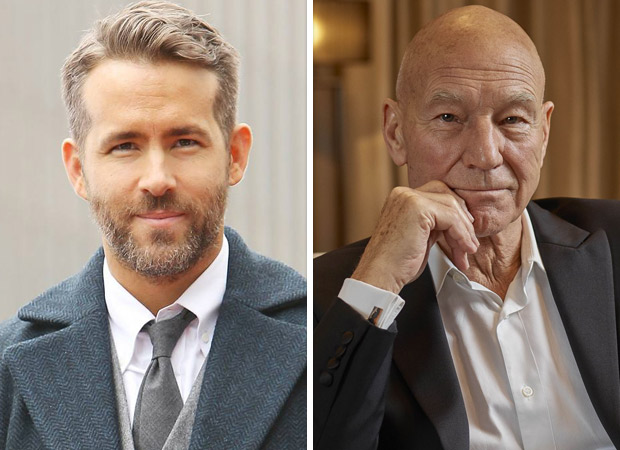 Following the last week release of the Super Bowl trailer and poster for Marvel's Doctor Strange in the Multiverse of Madness, Deadpool and X-Men fans have been abuzz over the scenes that hint at the MCU characters’ being part of the sequel. In the clip, fans noticed a voice that sounded very similar to Patrick Stewart and started to speculate his grand return as telekinetic Professor X of X-Men trilogy to the Marvel universe. "We should tell him the truth," the voice similar to the British actor said.

However, the 81-year-old actor sidestepped the comparison in a recent interview with Comic Book, but did not outright deny it. "You know, people have been imitating my voice ever since I came on the stage 60 years ago," Stewart told the outlet. "So, I can't be held responsible for that."

Meanwhile, Ryan Reynolds also denied claims of Deadpool’s involvement in the film after fans noticed what they believe to be an image of the anti-hero in a poster. "I guess I'm not really supposed to say anything about that, but I'm really not in the movie," Reynolds told Variety. "I could be an unreliable narrator, but I promise you I'm not in the movie."

The action-packed trailer for Doctor Strange in the Multiverse of Madness, which aired during Super Bowl LVI, took viewers on a mind-blowing whirlwind through the Multiverse along with a new poster for the supernatural adventure.

Directed by Sam Raimi, the film stars Benedict Cumberbatch and Elizabeth Olsen sees Rachel McAdams returning as Dr. Christine Palmer, Benedict Wong as Wong, and Chiwetel Ejiofor as Strange's mentor-turned-enemy Karl Mordo. Xochitl Gomez will also make her MCU debut as America Chavez. The film is produced by Kevin Feige and the screenplay penned by Michael Waldron. Doctor Strange in the Multiverse of Madness will hit theaters exclusively on May 6, 2022.