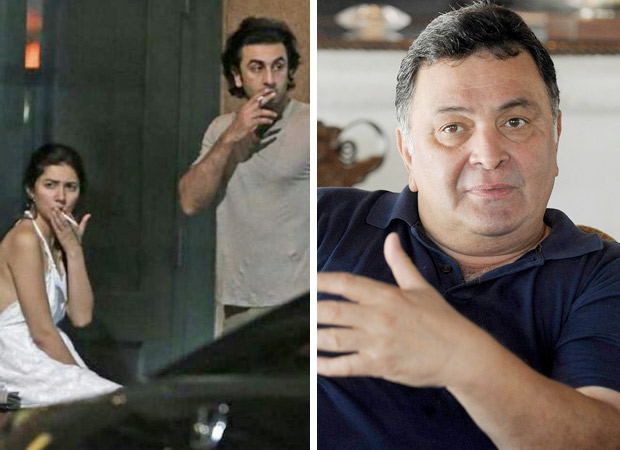 It was a calm week until Ranbir Kapoor and Mahira Khan's pictures smoking outside a restaurant in New York City took social media by storm. The duo was spotted in NYC catching up late night and enjoyed a conversation over a smoke.

Pakistani actress Mahira Khan was subjected to slut-shaming over her backless dress and smoking. Ranbir Kapoor, on the other hand, also got a lot of reactions on social media. Soon, everyone was keen to know Rishi Kapoor's reaction to it.

Reacting to the pictures, Rishi Kapoor simply said that he had seen the pictures in the morning itself on Friday and it did not concern him. He wanted to be kept out this and asked the media people to contact the person who was seen in the pictures. Rishi Kapoor further added that Ranbir was an unmarried young star and was allowed to meet anyone he wanted to. He said that it was not ok to invade his privacy. He further added that he was a young man who had a choice to meet any girl. Rishi then wondered why people have been wondering if there is more to those pictures. He said that they could have met just outside the restaurant or were having dinner and came out to smoke.

The speculations around Ranbir Kapoor and Mahira Khan dating began when they met in March this year at the Global Teacher Prize Ceremony in Dubai. They were the guests and walked the red carpet together.

On the film front, Ranbir Kapoor will be seen next in Sanjay Dutt biopic, which is helmed by Rajkumar Hirani. Mahira Khan, on the other hand, made her Bollywood debut earlier this year with Shah Rukh Khan starrer Raees.