Richa Chadha always has some surprises up to her sleeves. The versatile actress has explored almost all realms of film making other than being an actor. Recently, she was in UK to promote her recent film Love Sonia that released this past weekend.  Now with the latest development, Richa added one more feather to her hat by being the only Bollywood actor to have her hand written message featured in a unique book called The House of Commons Book of Tribute to the late Nelson Mandela – former president of South Africa and a world leader. 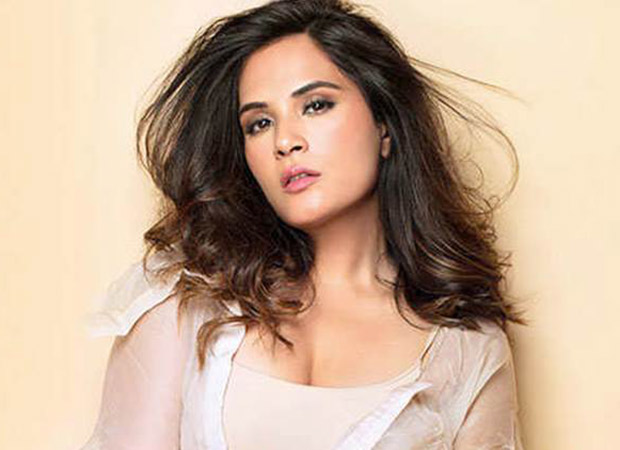 It's a book that has hand written messages by prominent people across the world. The book has more than 700 handwritten messages from some of the most prominent people in the world. The list includes the former President of USA, Barack Obama, Kofi Annan, British Prime Ministers and hundreds of leading International Business and Community Leaders as well as sports personalities, music and film stars. The book is a major tool to help continue Mr Nelson Mandela’s mission to end child poverty and racial intolerance. Check out some pictures from the event. 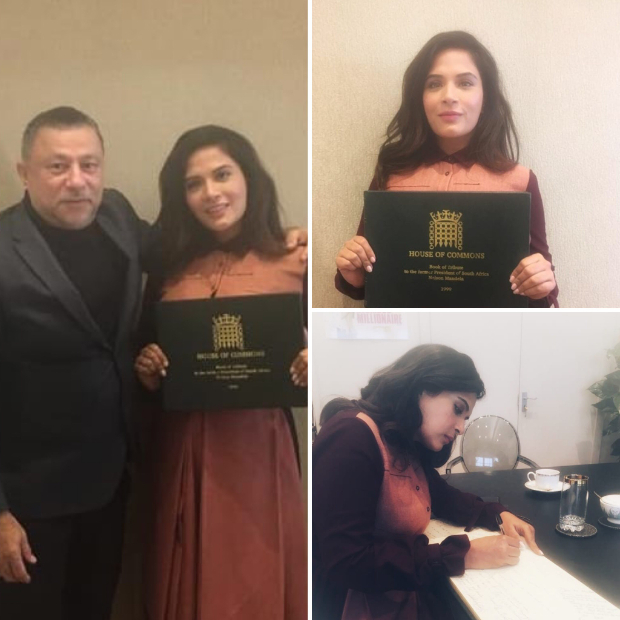 Richa opened up about the opportunity and said, “I met Nic (former President of South Africa) when I was in London recently. He has been working really hard to get together this amazingly conceptualised book which is the House of Commons book - homage to one of the world’s biggest iconic figures, not just in the world of politics but as a human being, the Late Nelson Mandela. We all have heard and learnt a great deal about him and what he contributed during his time for human right issues across the world especially in the African continent. To be part of this book which is so thoughtful to have handwritten notes by everyone be contributed as an overall message for the youth today is truly exceptional. To embody his contribution and to have heartfelt messages by such accomplished people is a great way to know how and what people thought and continue to think of him even today. I’m happy to be part of this tribute the proceeds of which will be given towards a campaign to end poverty.”

It truly is a moment of pride for all us Indians! More power to you, Richa!