Sushant Singh Rajput’s death case is getting murkier. There are multiple accusations levelled against the late actor’s girlfriend Rhea Chakraborty after his father KK Singh filed a complaint against her, her family, and a few of Sushant’s former colleagues. After more than two months, Rhea has broken her silence and is speaking about all the allegations levelled against her. 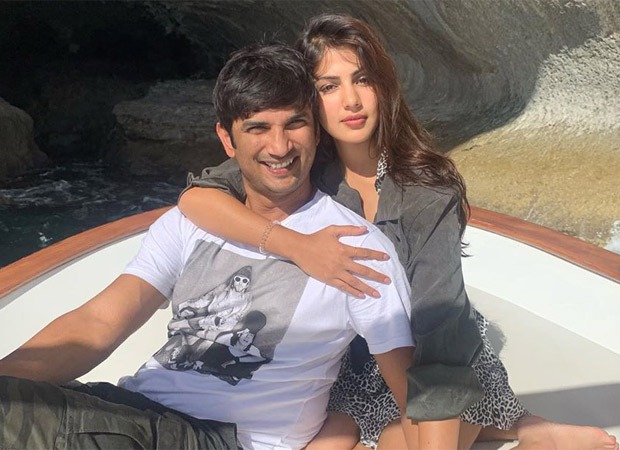 Speaking to India Today (Aaj Tak) with Rajdeep Sardesai, Rhea Chakraborty was asked about siphoning off money from Sushant and living off him. To this, she said, “I had a fashion shoot of Shein brand in Paris. The company sent me the tickets. Sushant said it was a good chance for us to spend time together. He cancelled my tickets and booked first-class tickets for us. He loved to live King size. I realized that he was spending an enormous amount of money during the trip but that was how he was.”

She further revealed, “Even before this trip, he went to Thailand with seven of his male friends. He booked a private jet for that trip and spent Rs 70 lakhs. So it was not like he spent the money just on me. He was like that as a person. He loved living like a star. I was not living off Sushant Singh Rajput's money. We were living like a couple."

Another important update that came to the spotlight was the actor’s mental health and that he was allegedly on depression medication. When asked about his mental health and when she first noticed it, Rhea said, “When we were leaving for Europe he said that he feels claustrophobic in a flight. He took medicine, Modafinil, without any prescription. When we reached Paris, he didn't leave his room for three days. Before the trip, he said that he was very happy. He had told me that he is very excited about the trip as he will show me his true side during this trip. He will walk on the streets and have fun with me which he couldn't do in India. We were really happy. I was wondering what happened."

She further added, “In Switzerland, he was fine. When we reached Italy, we stayed at a Gothic hotel, which we didn't know at the time of booking. In our room, there was a dome-like structure, which I didn't like. I asked him that we should change our hotel, but he insisted on staying there. He told me that there was something. His health deteriorated there and he started having anxiety attacks. Then he told me that in 2013, he had a depressive episode and he told me that he met a psychiatrist called Haresh Shetty. He told me that the same doctor advised him to take Modafinil he took on the flight. He told me that he was fine after that. After that now he was feeling more depressed and anxious. Then we cut short the trip and returned."

Rhea Chakraborty will be revealing more of such details at 9 pm tonight on the news channel.