Just earlier this month, we had revealed in our reports that Junglee, starring Vidyut Jammwal, will in all likelihood miss its release date which was October 19. And now it has been confirmed! In fact, the makers have pushed the release of the film next year, to April 5. 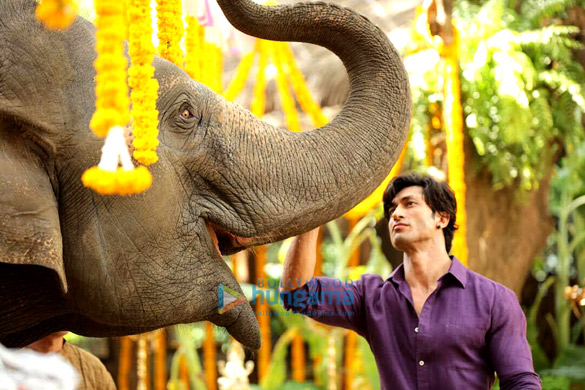 And now, Vidyut Jammwal took to social media to confirm the release date of Junglee. He posted that the makers have finalized the release date which is said to be April 5, 2019. He said, “We will go completely #Junglee at the theatres with the release of our film @JungleeMovie on 5th April 2019... Come and join the madness at a theatre near you... #BornJunglee #ReleaseDate #april5 @jungleepictures.”

Speaking on the film, it is expected to feature Vidyut in the role of a vet, who returns to his hometown to take care of his elephant reserve. However, he soon gets a whiff of conspiracy as he discovers a huge international poaching racket posing as a threat to his reserve.

Furthermore, Junglee is being helmed at a global scale with Chuck Russell and Mark Irwin coming together for the film. Chuck, who has been a part of some Hollywood cults like The Mask and The Scorpion King and Mark, who is known for movies like The Fly and Videodrome, will be the director and cinematographer of Junglee respectively.

Earlier, Vidyut Jammwal had revealed that films like Hatti Mere Saathi proved to be an inspiration for this film. Speaking on Vidyut, the actor has undergone extensive training with the elephant whisperer and mahout to understand elephants.