Disha Patani, who will next be seen in the Bollywood film Bharat starring Salman Khan, will be seen making a grand South debut with the big budget film Sangamithra. For the uninitiated, the Sundar C directorial is a period drama that tells the tale of a warrior princess by the same name. While we had earlier reported that the film will go on floor in July, now we hear that it has been rescheduled to August. 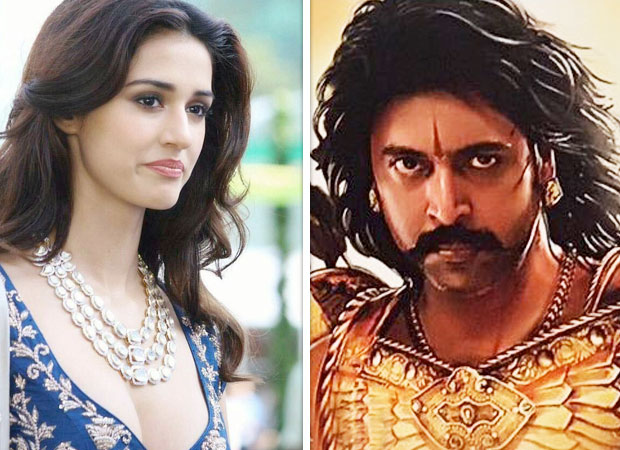 It is a known fact that this grand war drama has been facing many setbacks since its announcement. Starting with the fact that they had to face a leading lady debacle after Shruti Haasan exited the film, Sangamithra has been tackling many issues. Interestingly, this film will also mark the debut of Disha Patani who gained fame with Bollywood films like MS Dhoni – The Untold Story and Baaghi 2.

On the other hand, speaking on the schedule of Sangamithra, it is being said that the film will go on floor in the next two months. And if all goes well, the makers are expecting to release it by mid-2019. The film will also star some prominent South celebrities like Arya and Jayam Ravi who are expected to essay the leads. Also, Satyaraj, who played the much loved character of Kattappa in Bahubali series, is expected to play an integral role in the film.

For the uninitiated, Sangamithra would have started long ago since it was launched in Cannes 2017. However, the then posters of the film featured Shruti Haasan. The actress, later, walked out of the film citing that she wasn’t given the full bound script of the film.

Speaking of Disha Patani, the actress will be undergoing extensive training to understand warfare as well as for her role as a warrior. With Sangamithra being bankrolled by Sri Thenandal Films, it will release in three different languages, namely, Tamil, Telugu and Hindi.

Also Read: Disha Patani to take on the role of warrior-princess from July onwards and it is for this film