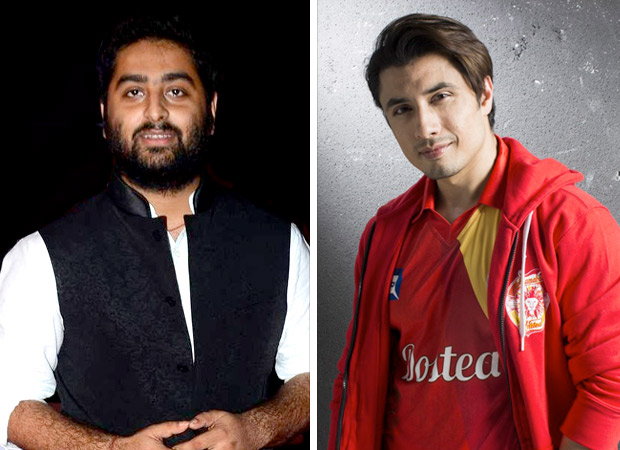 For Pakistan’s singing-acting heart-throb Ali Zafar there was good news and bad news in Dear Zindagi. The good news was that his role as the flirty musician, who woos Ali Bhatt with songs, remained intact in the film in spite of political pressures to blot out all Pakistani presence from Bollywood.

The bad news was that both his songs in the film ‘Tu Hi Hai’ and ‘Tareefon Se’ were dubbed by Arijit Singh on the film’s off-screen soundtrack released by Sony Music. In other words, in the film we hear Ali sing his own songs. Off screen we hear Arijit singing the same songs.

Some sources say the decision to dub Ali Zafar’s songs was taken by Sony Music. Others say it was co-producer Karan Johar who took the call. “After the trouble Karan went through in Ae Dil Hai Mushkil because of Fawad Khan’s presence in the cast, Karan Johar wanted no trouble again,” says a source in the know, adding that director Gauri Shinde insisted that not a single shot of Ali Zafar be cut from the film.

“However she had no say in the dubbing of Ali’s songs by Arijit Singh,” says the source.

Strange and shocking that Arijit Singh should agree to muscle into another singer’s territory so soon after his own song ‘Jag Ghoomiya’ in Sultan was dubbed by another Pakistani singer Rahat Fateh Ali Khan.

At that time Arijit had said to me, “Nowadays no singer takes permission before dubbing another singer’s songs. Gone are the days of such courteous showmanship,”

Arijit proved his words to be true.