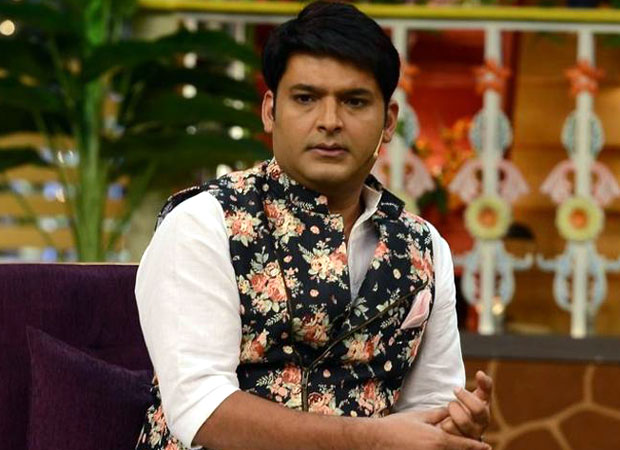 With a fresh controversy being brewed related to Kapil Sharma, there have been several speculations regarding the break that the actor-comedian has taken from his ongoing comedy show The Kapil Sharma Show. From rumours of him being thrown out of the channel owing to low TRPs to him joining a rehab to deal with alcoholism, several such reports have been doing the rounds and now, Kapil Sharma has decided to put an end to all.

Kapil Sharma is currently in Bengaluru undergoing a treatment for anxiety, blood pressure and sugar problems. The popular stand-up comedian asserted that he is indeed extremely unwell which is a result of his unbalanced diet and hence is taking up Ayurvedic treatment to deal with the issues. He explained that since he has been working for the past 10 years without a break and ignoring his health in the process, he now wants to focus on the same before his health condition worsens.

Denying that the break from the show is a consequence of low TRPs, Kapil Sharma asserted that he continues to share a great camaraderie with the Sony officials and that the channel has been supportive even when he asked for a break. Furthermore, he also quashed the ongoing reports about his arrogant behaviour towards Shah Rukh Khan stating that he wouldn’t jeopardize his biggest source of income by disrespecting a superstar like Shah Rukh Khan. He also appreciated the niceness and kindness with which the superstar has always behaved towards him and also about how much he respects Mr. Khan. He also clarified that he wouldn’t make any superstar or any other person wait for his show.

If that wasn’t enough, the comedian turned actor also spoke about his ‘big fight’ with Sunil Grover wherein the reports claimed that he had allegedly hurled a shoe at Grover in a drunken state. Terming it to be an accident, Kapil admitted that the incident, which happened when he was shooting with Sunil for seven days a week, was wrong on his part. He maintained that it was the result of him grappling about 50 things and hence wasn’t able to handle the situation tactfully. He however extended his best wishes to co-star Sunil Grover for his future endeavours.

Talking about his alleged romance Preeti Simoes walking out of his life as well as their fallout professionally that resulted in her starting up a new show titled The Drama Company, all Kapil Sharma had to say was that he never asked anyone to leave or be a part of the show. While he and Sunil had prior to this sorted out their differences as the latter even returned to the show, Kapil continued to state that even now, he would be happy to welcome anyone who wants to re-join the show. He also wished Preeti all the luck for her new show and added that personal equations do not decide his professional moves.

As for his own return, Kapil revealed that his treatment would be completed by the end of September and that he would be back with the show on Sony network once he finishes the promotions of his film Firangi. He also added that Firangi is almost on the verge of completion and that only the shoot of a promotional video and a song is left to be shot in Mumbai.