Just a day ago, John Abraham expressed his excitement of collaborating with producer Ajay Kapoor. The duo, who produced Parmanu - The Story Of Pokhran, will be reuniting for Romeo Akbar Walter (RAW). And now, reports have it that Mouni Roy will be essaying the role of the female lead.

Romeo Akbar Walter has been in news for quite some time now. While the Robbie Grewal directorial did face a set of casting woes, soon the film was back on track with John Abraham on board. And now Mouni Roy has been roped in to play his love interest. Excited about working with him, Mouni Roy expressed how she is looking forward to work with him. 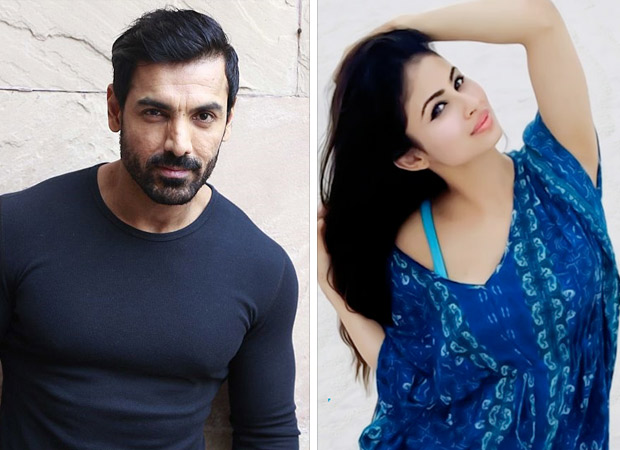 Known for her roles in shows like Naagin on television, Mouni Roy will be making her debut with Gold. Interestingly, RAW too will feature her in a different era, just like Gold. In fact, the actress confessed that her filmmaker believes that she has an old world charm. And this is considered to be one of the prime reasons why she bagged the role in this John starrer. Reports also have it that Robbie Grewal has asserted that Mouni's role is complex and her character is multi-layered. However, further details on her character are presently being kept under wraps.

Readers may be aware that Mouni Roy has been making news for her association with big projects in Bollywood. Besides Gold, she has also been brought on board for Brahmastra. Certain reports earlier claimed that her role in this superhero film would be a grey-shaded one. While the actress has already shot with the lead couple Ranbir Kapoor and Alia Bhatt, she will soon kick off her schedule with Amitabh Bachchan on the film. On the other hand, Mouni Roy, who was speculated to be a part of Dabangg 3, has refuted the same in recent reports.

As for the spy-thriller, Romeo Akbar Walter (RAW) is written and directed by Robbie Grewal and it is produced by Dheeraj Wadhwan, Ajay Kapoor, Vanessa Walia and Gary Grewal. The film will be shot in a two-month schedule across Gujarat, Kashmir, Delhi and Nepal.

Also Read: After Parmanu – The Story of Pokhran, Ajay Kapoor and John Abraham come together for Romeo Akbar Walter