Fans of the franchise were thrilled when Hera Pheri 3 was announced a few years ago. The film was to be directed by Neeraj Vora. While there were many speculations about the casting for this third instalment, the film received a major setback in the form of Neeraj’s sad and untimely demise. Followed by that, there has been no update on the developments until now. It is being said that Hera Pheri 3 indeed is happening and that too with its original casting of Akshay Kumar, Paresh Rawal and Suniel Shetty. 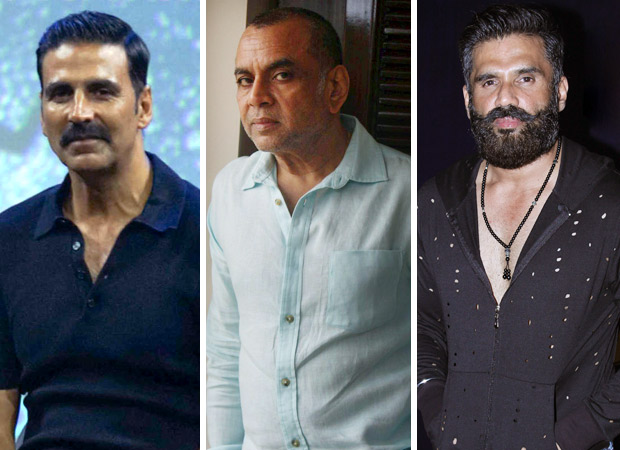 A recent picture of a reunion of Akshay Kumar and Suniel Shetty too had sparked off rumours of the duo coming together for an outing. In the past, Hera Pheri 3 too was in news as there were constant reports on the film not being able to take off. But now, we hear that all of it has become a matter of the past. There were also few speculations which claimed that the makers were having an issue regarding the remuneration of superstar Akshay Kumar. However, now it seems all is well as the superstar too is said to have greenlit the project. On the other hand, the makers believe that this is a good time to kick off a sequel since many have been ruling the box office. Latest example of the same being Baaghi 2 which had a record-breaking opening this year and is expected to do extremely well in the coming weeks. On the other hand, actresses and other details are yet to be finalized since the film is in its initial stages. Keeping in mind the sad demise of Neeraj Vora, the makers are also on a lookout for a new director for this film. While Part 1 was directed by Priyadarshan as the film was a remake of the Malayalam hit Ramji Rao Speaking, the part 2 was helmed by Neeraj Vora.