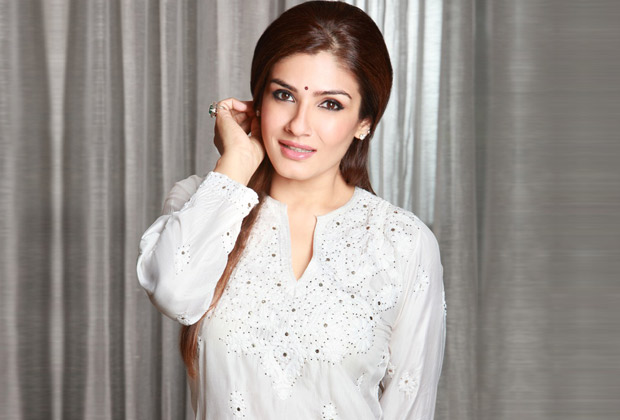 Raveena Tandon has shown her helpful nature and social responsibility side yet again by rescuing an injured girl in Juhu (Mumbai) on Friday. Raveena Tandon was travelling to an event where she was the chief guest. On her way back, she spotted a seven-year-old girl, who was bruised and crying profusely by the road and was surrounded by several kids. When Raveena saw her condition, she decided to help the child get back home safely.

A source said, “Raveena saw a few kids in a troubled situation. She was in Juhu when she saw the injured girl. She got hurt while she was playing with the other kids. When Raveena learnt that the autorickshaws were refusing to drop the girl to her house, the actor decided to take the girl and her friends to the former’s house. The girl’s parents thanked Raveena for her kind gesture.

Raveena confirmed the news saying, “At the time, I thought that I needed to tend to the girl’s needs. Safety is of the utmost importance, especially in a dire situation like this. I thought the only solution was to drop the child back to her parents.”

Since 2009, Raveena Tandon has also been associated with UNICEF on the issue of maternal, neonatal healthcare and well-being. She joined the organisation to raise awareness about the silent tragedy which unfolds across India every year, with the deaths of 78,000 women from problems arising due to childbirth and pregnancy.