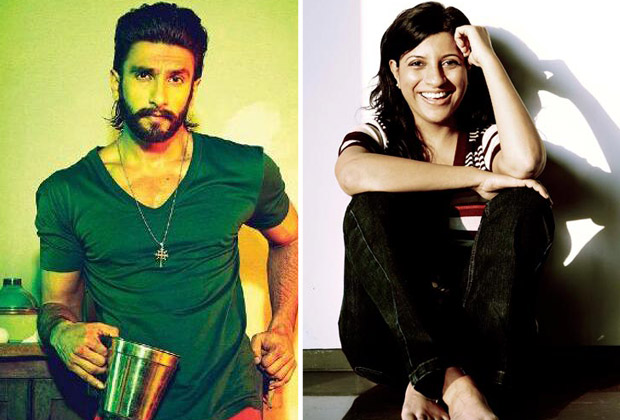 Showcasing the personal bonding between different celebrities, Vogue BFFs brings together two besties who belong to the same industry as they continue to reveal interesting and secret tidbits about their counterparts on the show. After celebrities like Deepika Padukone – Anaita Adajania Shroff, Kareena Kapoor Khan - Manish Malhotra, it is now Ranveer Singh’s turn who has decided to appear with none other than his Dil Dhadakne Do director Zoya Akhtar.

However, we hear that this wasn’t the original plan! Speculations have it that the makers were contemplating on bringing together the Jodi of Ranveer Singh with either his alleged girlfriend Deepika Padukone or his bestie Arjun Kapoor, as the two hunks have become quite famous after their portrayal of bromance. But, while Deepika has already made an appearance on the show, Arjun and Ranveer were facing date issues because of which this couldn’t work out. However, considering the rapport that was built between Ranveer and Zoya during the shoot of Dil Dhadakne Do, the makers decided that the filmmaker would be the right choice for the show.

Rumours also have it that Ranveer Singh who will be seen in Befikre and has also signed Sanjay Leela Bhansali’s Rani Padmavati, is keen on signing Zoya Akhtar’s next titled Gully Boys. Let’s hope that the upcoming episode of Vogue BFFs will clarify some of these ongoing speculations about the actor and the filmmaker’s upcoming projects.