Followed by the uproar over Zaira Wasim quitting acting and Bollywood, the actress has been receiving support and criticism alike. Raveena Tandon, who decided to do the latter, however, has taken to social media to withdraw her post and apologize. The actress has spoken about hearing rumours on how Zaira was forced to quit the industry over fear of religious fundamentalists and has maintained that if this is true, she would like to apologize for her tweets earlier. 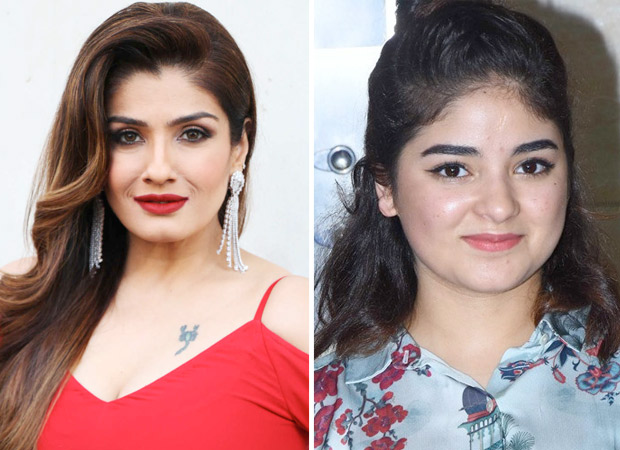 In a recent post shared by Raveena Tandon on Twitter, she posted a news video which claims that Zaira Wasim was forced to quit the industry. According to this report on the channel, they claim that the situation in Kashmir has worsened wherein the family of Zaira has been facing immense pressure from fundamentalists who consider it as a stigma to be an actress in Bollywood. This channel report claims that Zaira and one teenage sports champ were insulted by a certain cleric from the Islam community over taking up professions that is considered sinful in the community.

Readers would be aware that Zaira Wasim has been battling trolls ever since her Dangal debut. A few months ago, the situation only turned bitter for the actress' family who were subjected to extreme threats, according to reports. It also states that they were not provided a government home or any kind of protection despite the threats, thereby leaving no choice for Zaira but to quit.

Keeping the situation in mind, Raveena Tandon's heart went out to Zaira and her condition and has hence deleted her previous tweets where she called Zaira ungrateful for being in an industry like Bollywood where there is no caste or religious discrimination. In her tweet, she said, “If this is true and the reason for her to quit,if she was or is under pressure, then I do feel sad for the girl.Was she forced into writing the long statement by radicals out of fear? She was a role model to so many youngsters with dreams and inspirations that they could achieve.”

If this is true and the reason for her to quit,if she was or is under pressure, then I do feel sad for the girl.Was she forced into writing the long statement by radicals out of fear?She was a role model to so many youngsters with dreams and inspirations that they could achieve. https://t.co/Ym4aih4PBC

I wish her luck and strengthAfter seeing this,I now regret my first immediate tweet after reading her statement.Maybe she was forced to write what was unacceptable to people like me who love films,cinema,the industry, that I was born into.Deleting the tweet that now sounds harsh. https://t.co/Okcg3NrCFa

ALSO READ: Dangal actress Zaira Wasim QUITS ACTING at the age of 18, says it interfered with her faith and religion