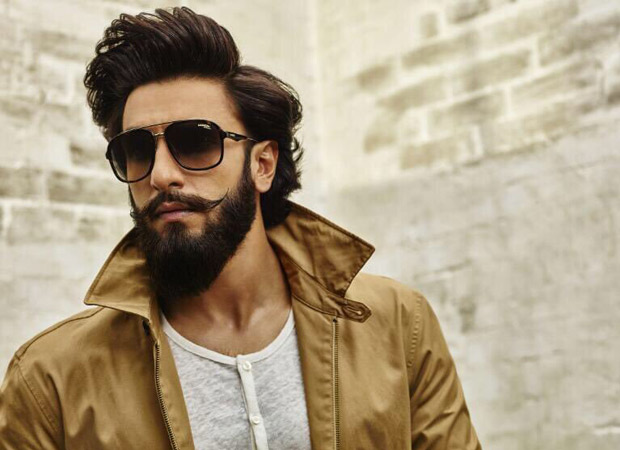 We all are aware that Ranveer Singh has signed Gully Boy, his second collaboration with friend and filmmaker Zoya Akhtar, after Dil Dhadakne Do. The film, which is loosely inspired by the life of street rapper Naezy, will have the actor playing the role of a rapper. And now we hear that the actor has recorded for a single where he has rapped.

Whilst he is currently shooting for Sanjay Leela Bhansali’s magnum opus Padmavati, Ranveer Singh has already started to lay the groundwork for his next. He made a professional attempt at rapping this time, by collaborating with four popular rappers which include Spitsfire aka the Canada based Nitin Mishra, Slow Cheetah aka Mumbai’s Chaitanya Sharma, Kaam Bhaari aka Kunal Pandagle and Devil The Rhymer, that is, the Delhi based Abhay Prasad.

The five of them came together for a single that has been shot in a parking lot and their music represents the underground scene that is a trend amongst the youth today. From what we hear, Ranveer Singh himself skimmed through hundred entries before narrowing it down to these four rappers for the said track. In fact, not only has started the prep along with them in March, but he is also been contributing creatively and sitting for edits for the video.

Anushka Manchanda, who produced the music video with her brother Shikhar, is impressed with Ranveer Singh’s dedication. Stating that he constantly pushes the envelope, she added that he never fails to surprise them with his energy. Further she also mentioned that the actor rapper, whilst being sure of what he wants, is also open to other’s ideas and often take it into consideration too.

Reportedly, Ranveer Singh is also planning to a desi rap soon in order to explore a completely genre within the Indian contemporary music scene.