Filmmaker Rohit Shetty is going animated with the characters that he has created on screen. After Singham and Golmaal, another character is getting an animated avatar. Ranveer Singh’s Simmba aka Sangram Bhalerao will now have a new show on the Pogo channel, called Smaashhing Simmba. 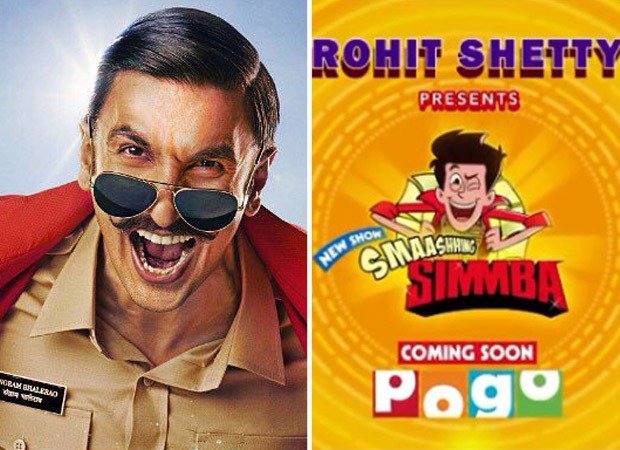 Ranveer Singh and Rohit Shetty’s Simmba gets an animated avatar

The news was confirmed by Reliance Entertainment on their official Instagram. The caption read, “'SMAASHHING SIMMBA' is roaring, Mind is Blowing! Join the adventures of this sharp-tongued, witty teenager aspiring to be a police officer.”

SMAASHHING SIMMBA is roaring, Mind is Blowing! Join the adventures of this sharp-tongued, witty teenager aspiring to be a police officer. With @itsrohitshetty, @rohitshettypicturez and @big_animation, #POGO bring to you the adventures of #SmaashhingSimmba this Diwali! @sarkarshibasish . . . . . . #SmaashhingSimmbaOnPOGO #Simmba #RohitShetty #RanveerSingh #SuperCop #Diwali #Animation #Bollywood #KidsShow #Entertainment

A post shared by Reliance Entertainment (@reliance.entertainment) on Oct 12, 2020 at 8:45pm PDT

Amid this, another interesting update is that Rohit Shetty will reunite with Ranveer Singh on his next. Bollywood Hungama was first to break the news about the collaboration. It was also revealed that, “the mass director-actor duo is collaborating on the official adaptation of Gulzar’s cult classic comedy, Angoor starring Sanjeev Kumar and Deven Verma.”

“Rohit Shetty has been trying to make Angoor remake for a while now and it is finally happening now with Ranveer Singh stepping into Sanjeev Kumar’s shoes. Rohit had planned to revisit Angoor in 2015 with Shah Rukh Khan in lead, however, things didn’t materialize and the two collaborated on Dilwale. After that, he got busy with Golmaal Again, Simmba, and Sooryavanshi. He has now got the much-needed break in the Covid pandemic, and he utilized the time to fine-tune and rework on the script of Angoor adaptation,” a trade source told Bollywood Hungama exclusively.

Meanwhile, both Rohit Shetty and Ranveer Singh are yet to announce their next project.