It was exactly a year ago that Ranveer Singh and Deepika Padukone's Padmavaat released and broke all box office records. While the movie put the actors in a different league altogether, the journey from the shoot to the release of the film was extremely challenging because they recieved constant threats from various right wing outfits like Karni Sena from Rajasthan. Now after the movie was well appreciated by the masses, things have changed dramatically! The recent wedding of Ranveer and Deepika too has something to do with it, we reckon. Rajasthan Police has recently tweeted that they are enamoured by Ranveer’s amaze performances and his growth as an actor. They welcomed Singh along with Deepika Padukone to Rajasthan and promised a welcome complete with Band Baaja Baraat! 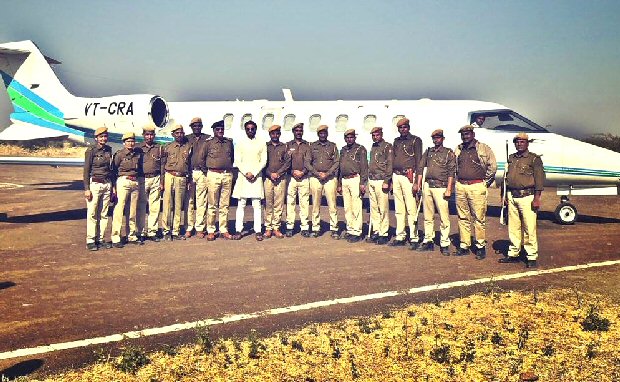 They tweeted, “You came like a #GullyBoy. @RanveerOfficial but turned out you were much more - Bajirao Mastani, & eventually a super cop #Simba. Always a delight to be with you. Next time you are in Raj with @deepikapadukone, people will come with Band Baaja Baraat.” Ranveer too thanked the Rajasthan police for their grand gesture. It is true that the actor has peaked in his career. After shining in period films, he proved his mettle with an out and out commercial movie, Simmba. He will be seen next as a rapper in Gully Boy and then in the ambitious Kapil Dev biopic.

As far as Deepika is concerned, she will be seen in Chhapaak as an acid attack survivor.