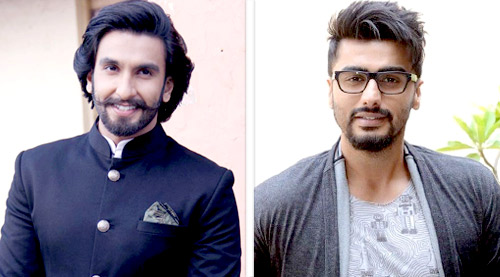 The last time we say Ranveer Singh and Arjun Kapoor sharing screen space in Gunday neither could get enough of the other. Well now we hear that the two actors, who onscreen bromance was certainly the talk of the town, will most probably be seen together in yet another venture.

In fact we hear that both Ranveer Singh and Arjun Kapoor will be coming together for another project, but this time it won't be a film. Instead the project will be a web series which will be helmed by Ashish Patil, the business and creative head of Yash Raj Films.

Though an official confirmation is still awaited, we hear that the said web series will feature ranveer and Arjun in interesting roles along with a hot and happening Bollywood actress. Said to be a thorough entertainer with action and romance the web series will be released under the Y Films banner.