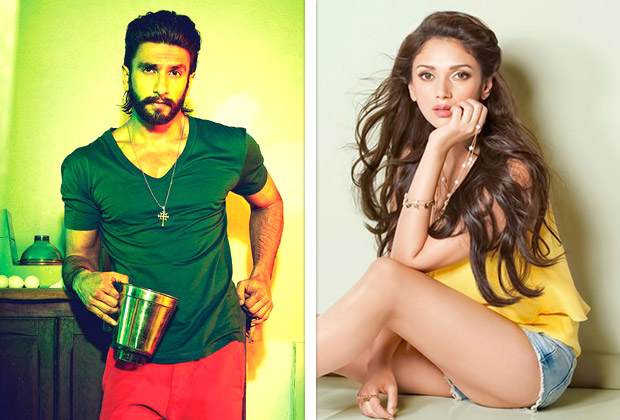 While fans are eagerly waiting to see the sizzling chemistry once again between Ranveer Singh and Deepika Padukone in Padmavati, it is also a known fact that Alauddin Khilji and Rani Padmini would not have any romantic or intimate scenes in the film. And now we hear that Aditi Rao Hydari will play the role of Khilji’s favourite wife.

Aditi plays the role of Kamala Devi, who becomes Khilji’s favourite begum, after he marries her post conquering Nahrwala when King Rai Karan’s properties fall into the hands of Khilji and so does his wife. In fact, Kamala and Khilji is also said to have daughter named Devalai Devi. It is five years after his marriage to Kamala, does Khilji come across the beautiful Rani Padmini. From what we hear, amidst four choices, Sanjay Leela Bhansali decided to get Aditi on board. This is the first time where the actress will be paired opposite Ranveer.

It is being said that Ranveer Singh will start shooting for the film from November 1. In fact, the actor has apparently even started preparations for the same at his residence in suburban Mumbai. It has been learnt that Sanjay Leela Bhansali has given the actor a couple of books including one about Adolf Hitler in order to learn about psyche of evil rulers. Reportedly, Alauddin Khilji had no bounds of evilness as his army raped, destroyed and conquered kingdoms. Apparently Ranveer will also have to undergo physical transformation in order to play the ruler with conviction. He has been working out for almost three hours every day to get the powerful and big built required to play Khilji.

Besides Ranveer, Padmavati stars Deepika Padukone as Rani Padmini and Shahid Kapoor as her husband Maharaja Rawal Ratan Singh. The film is slated to release in December 2017.