BWe all really close to our alma mater! Considering that there are many memories attached to our school, the place is really close to our heart. Well, it is no different for Rani Mukerji. The actress studied in Maneckji Cooper in Juhu and now she is all set to return there. And the reason behind this is her forthcoming film Hichki. How? Let us tell you. 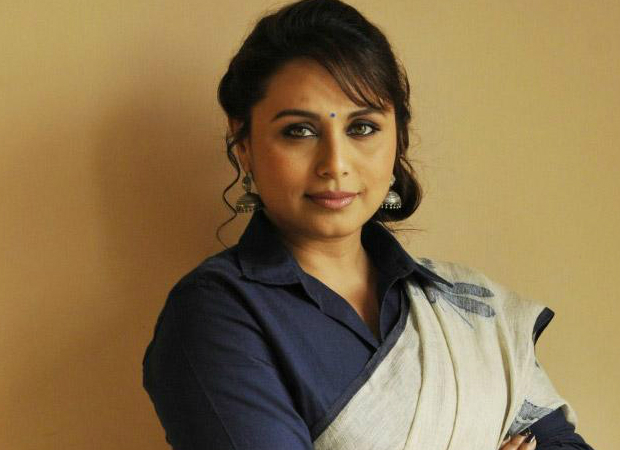 Rani Mukerji will be launching the first song from her film Hichki titled 'Oye Hichki' in Maneckji Cooper. The actress has always maintained that her school played an important role in her life. It is where she learnt her values. She also credits the place for shaping her into what she is today.

It is a known fact that Rani Mukerji is on a promotional spree currently for her forthcoming film Hichki. Acknowledges the significance of her school years in her career and life, the actress expressed her gratitude towards all the teachers. She is thankful to them for imparting her with the right values that she grew up with. She believes that these values lets her stand up for what’s right and enables her to raise her voice against social discrimination and prejudice.

As tribute to the positive influence that her school, Maneckji Cooper, Juhu had on her, Rani will revisit her school. She will even be meeting the students and teachers and interacting with them. She will discuss on how school helps in imparting the right education and sensitiveness to tackle social stigmas.

Speaking about her plans, Rani said, “Hichki is about overcoming our weaknesses by turning them to strengths. It’s a story that can motivate change in the way we think about people around us, and also our own-selves. I was deeply impacted by the positive education I received from my own teachers. I have drawn inspiration to play the character of a school teacher in Hichki from them. I feel proud to take the message of Hichki to the students and teachers of my school.”

Rani plays the character of Naina Mathur who has a nervous system disorder, Tourette Syndrome. This disorder forces an individual to make involuntary repetitive movements or sounds. Hichki focuses on turning disadvantages into opportunities and winning life-challenges.

Progressive, brave and positive, the movie is about the power of will and determination. Hichki salutes the unsung efforts dedicated teachers make and their life changing impact on their students. Directed by Siddharth P Malhotra and produced by Maneesh Sharma, it is set to release on March 23.