The song launch of Judgementall Hai Kya turned out to be an unexpected affair that resulted in a massive showdown between Kangana Ranaut and the entertainment media. After a journalist questioned the actress and it was followed by a heated argument between the two, the consequence was that the Indian media decided to boycott Kangana. Followed by this, Rangoli Chandel took to Twitter to share a video of Kangana where she called out journalists and accused them of being anti-national. In a recent turn of events, Kangana and Rangoli’s advocate Rizwan Siddiqui has issued a notice of defamation against certain unprofessional journalists. 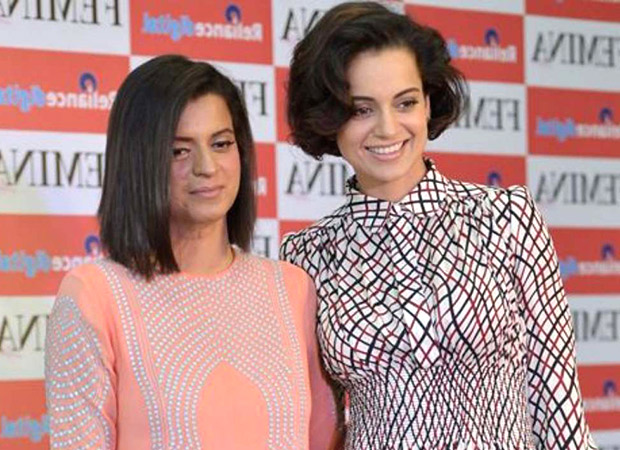 Rangoli Chandel, who has been lashing out on these journalists who have been standing against Kangana Ranaut followed by the incident at the Judgementall Hai Kya song launch, took to Twitter to share the notice. Sharing the notice, Rangoli said, “Sir yeh dukan ko band karvayeinge aur inko jail bhi bhijvayeinge criminal kahin ke, how dare they threaten defame and intimidate Kangana ...”

The notice reads, “Some journalists with criminal intentions and ulterior motives are blatantly contravening and violating “Norms of Journalistic Conduct” which is legally binding on them and their profession and thereby openly defaming, annoying, ridiculing, harassing and criminally intimidating my client Ms. Kangana Ranaut, without any provocation whatsoever.”  Here, have a look at the notice:

As you can see, the notice also pointed out that an unregistered organization named Entertainment Journalist Guild has brought together all these journalists together in a bid to defame the actress because of which they have been accused of conspiracy. Rangoli went on to lash out on this organization in a series of tweets that followed:

An unregistered and unrecognised forum has been formed called Entertainment journalist guild, which has neither gotten any legal sanctity nor any legal standing...(contd) @GuildJournalist

(contd)....and the members of this forum without considering the gravity of the issue going all out for kangana, But now I will get them in. @GuildJournalist