With Diwali around the corner, the celebrations have begun. Bollywood hosts a number of Diwali bashes that are known to be attended by the industry's biggest names. One such is a celebration thrown by producer Ramesh Taurani. The party, that took place last night, was attended by the Who's Who of tinsel town. 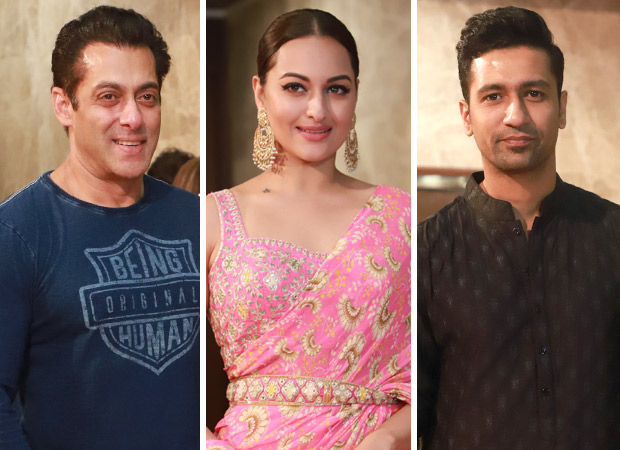 Salman Khan and Sonakshi Sinha, who attended the much awaited trailer launch event of Dabangg 3, did not miss out going to Taurani's party either. Salman was dressed in a blue Being Human t-shirt while Sonakshi turned up in a pretty pink saree and ethnic jewellery. Sona posed for a photograph with ladies Dia Mirza, Diana Penty and Sophie Choudry. Nushrat Bharucha, Vicky Kaushal, Sunny Kaushal and Angad Bedi and Neha Dhupia were in attendance. Among other guests were Soha Ali Khan, Kunal Kemmu, Dino Morea, Mukesh Chhabra, Zaheer Iqbal, Saqib Saleem, Kunal Kapoor, Gurmeet Choudhury with Debina Bonnerjee.

A couple of days back, designer Manish Malhotra hosted his yearly Diwali party with close friends in presence. The Bachchans, who didn't host a Diwali bash for the past two years due to two demises in the family, are set to host their celebration this year. Anil Kapoor's Diwali party, another famous one in B-town, is reportedly taking place this Sunday.