A few months ago, Ranbir Kapoor announced his association with SS Rajamouli for the promotions of his forthcoming fantasy drama Brahmastra. The actor and the Baahubali filmmaker have been doing city tours down South as a part of the promotional campaign. Recently an elaborate event was held in Hyderabad where RRR actor Junior NTR was invited as the Chief Guest to speak. Although the said event didn’t pan out the way it was planned, all of them spoke about the film, including Ranbir Kapoor and Alia Bhatt who gave a glimpse of their Telugu skills. 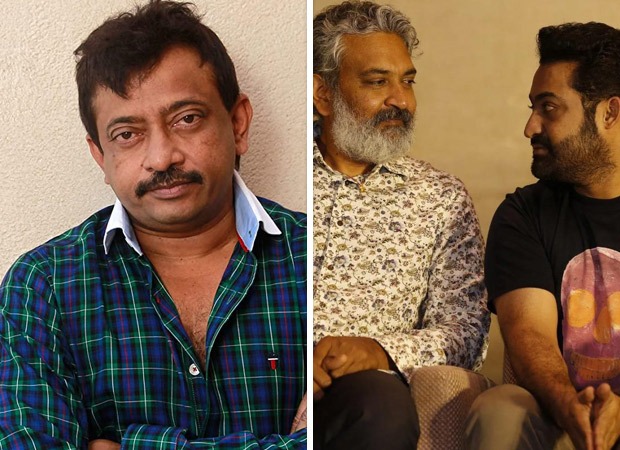 Ram Gopal Varma, who is known for his controversial social media posts, took to Twitter to share a new tweet, where he said, "Going by @ssrajamouli and @tarak9999 at the #Bramhastra event , TELUGU is the new HINDI." Followed by his tweet, many fans reacted to the way the tables have turned. The concept of Pan India films which kicked off with Baahubali became bigger with the success of films like KGF, Pushpa, and RRR.

Going by @ssrajamouli and @tarak9999 at the #Bramhastra event , TELUGU is the new HINDI

Speaking about the same, a fan commented on this tweet saying, “Just imagine how times have changed now just to promote Hindi films the actors, producers, and directors have started asking help of Telugu, Tamil, Malayalam and Kannada Industry legends to promote their films. I have never seen any south movies being promoted by Hindi actors.” Another fan dropped a comment adding, “Before Baahubali 2 kgf nobody from hindi industry cared ABT south indian film industries but now suddenly they are showing artificial love and affection. Except very few stars majority of the bwood PPL don't even have any relation with us.”

On the other hand, stars from the entertainment industry have expressed their happiness about how films are now becoming unanimously one instead of being divided as Hindi and Telugu cinema. Brahmastra, directed by Ayan Mukerji, is a pan-India film too which will release in Tamil and Telugu languages too.

Speaking about the Hyderabad event, although the event faced some mishaps like a change of venue etc., the event turned out to be an interesting one where we got to see the stars speak about Brahmastra. While Junior NTR spoke to the audience in Telugu where he also apologized for the mishaps, Ranbir Kapoor too spoke a few lines in that language. His pregnant wife Alia Bhatt, who will be playing his leading lady for the first time in this film, sang their popular romantic ballad from the film, ‘Kesariya’ in Telugu for the audience.

Coming to the film, Brahmastra, produced by Dharma Productions, has been in the making for the past seven years. Also starring Amitabh Bachchan, Nagarjuna, and Mouni Roy in pivotal roles, the film is slated to release on September 9.