Rajkummar Rao and Priyanka Chopra Jonas are going to be seen sharing the screen space together for the first time in the Indian adaptation of the book, The White Tiger by Arvind Adiga. Ramin Bahrani is American helmer and will be directing this film. Just a few days ago, Priyanka Chopra Jonas flew down to Mumbai after a very long time and was elated to be back in the city. There were multiple professional commitments including the promotions of The Sky Is Pink and to begin the shoot for The White Tiger. 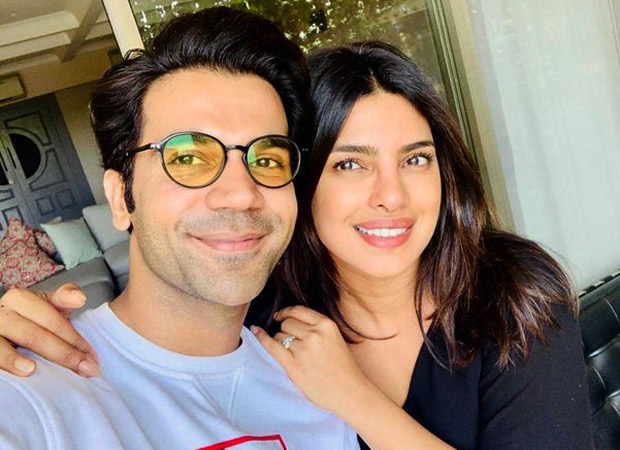 Rajkummar Rao took to his social media to announce that The White Tiger has gone on floors and he is clearly very excited to be a part of this project. He says he has already read the book and is super excited to be working with Priyanka who according to him is a phenomenal actress. Posting a couple of pictures Rajkummar Rao captioned them, “Can’t wait to start #TheWhiteTiger with these supremely talented people. @priyankachopra #RaminBahrani #AdarshGourav #MukulDeora @netflix @NetflixIndia”

Rajkummar Rao will also be seen in Made In China.

Also Read: “Priyanka Chopra is phenomenally talented” – Rajkummar Rao on working with the actress in The White Tiger adaptation