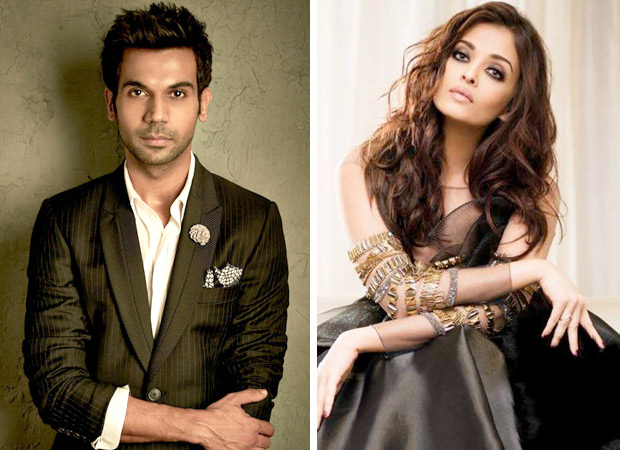 The very talented Rajkummar Rao who turned 30 this month will be romancing the very beautiful Aishwarya Rai Bachchan who crossed 40 last year. The film Fanney Khan to be helmed by debutant director Atul Manjrekar, selected Rajkummar Rao who is seen as kind of a steady actor who stands out even when the female protagonist has a strong part.

While Rajkummar Rao and Aishwarya Rai Bachchan do make for an interesting combination, there is a slight practical problem regarding their 10-year age difference. But nothing that a bit of facial hair can’t alter. We hear Rajkummar will grow a beard to look compatible with his co-star rather than a fanboy which Raj admits to being.

Says the forthright Bareilly Ki Barfi actor, “I am super-excited, really happy to be working with her (Aishwarya). I’ll start preparing for my part in Fanney Khan the moment I am  done shooting for my film on Subhas Chandra Bose.”

Years ago when Shah Rukh Khan faced the same compatibility issue with his favourite Sridevi in the film Army, he had pasted a moustache on his face to add years to his biological age. Never again did Shah Rukh use fake facial hair, as he hates disguises and makeup.