Rajeev Sen is all set to make his Bollywood debut with a recently announced film from Mandiraa Entertainment, Iti - Can You Solve Your Own Murder. This whodunnit thriller has been in news for its intriguing tagline, “Can You Solve Your Own Murder” which forms a never-heard-before premise in the film. This is a first collaboration between Mandiraa Entertainment and Vivek Anand Oberoi’s Oberoi Mega Entertainment. It is written and directed by Vishal Mishra. The makers recently launched their first character poster featuring Vivek Anand Oberoi as Prabhu Singh. They also roped in Rajesh Roshan to compose music for the film. 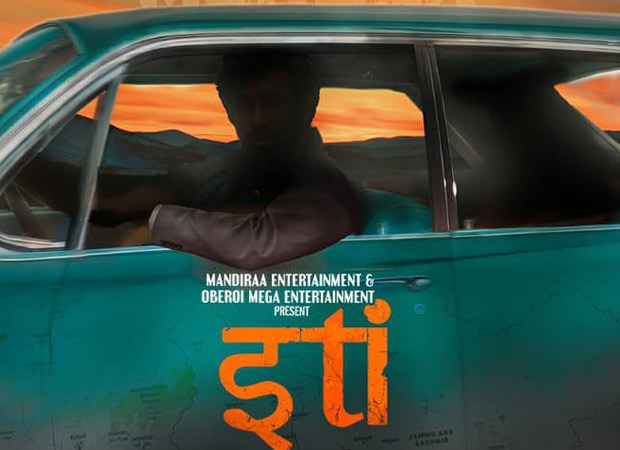 Now, Mandiraa Ent has launched a new character poster featuring Rajeev Sen who will be playing Rohit Vardhan in the film. Talking about the character, director Vishal Mishra said, “Rohit Vardhan is a suave and sophisticated person in the film and we wanted someone who can pull off the part. Rajeev looks the part and went through multiple tests before bagging the role.”

Here’s the character poster, teasing us with his character in the film.

Talking about the same, Rajeev Sen said, “I want the audience to not just see my performance, but also feel and experience my role through me. When I play the part, I just want to trust the director and give him my heart & soul, to sail me through. I’m lucky to have Vishal sir as my director, who’s been guiding me really well through the preparations. I’m very thankful to Prerna and my producers for giving me a wonderful debut. Talking of Rajeev, Reshabh D Saraf said, "Right from the word go, Rajeev Sen has been fantastic to collaborate with. I'm really looking forward to seeing him on screen, entertaining the audience with his talent. As a first time producer, I'm honoured to be on this incredible team with Prerna V Arora and Kussum Arora. Together, we've envisioned a big dream for Mandiraa Entertainment and am thrilled to start it off with ITI, a movie that promises to keep the audience at the edge of their seat."

Joining the team, Prerna V Arora said, "One can begin so many things with a new talent who has supreme potential to go around. I don't ever second guess my professional first opinion. Having Rajeev onboard for 'Iti' was that first impression, and it happened after having a simple interaction with him. He just fit in as if it was all predestined. I am extremely proud and happy about Rajeev joining the team." 'Iti' revolves around a woman who is racing against time to solve her own murder. Intricately woven, it has an ensemble of characters intertwined in their own struggles. It is expected to go on floors this year and release in theatres early next year.

ALSO READ: Rajesh Roshan to compose music for Vivek Oberoi starrer Iti- Can You Solve Your Own Murder