US software engineers turned directors, Raj Nidimoru and Krishna DK, have slowly become one of the most reputed filmmakers of Bollywood. Their films like 99 and Shor In The City were creative and entertaining but didn’t get the due. Go Goa Gone showed their brilliance again and that in a way made them a little popular followed with Stree, which they wrote and produced. But, it was the web series The Family Man that finally got them the recognition and love that they always deserved. Starring Manoj Bajpayee as an undercover spy who’s balancing between work and his family, the show was loved for its humour, realism, quirkiness and performances. 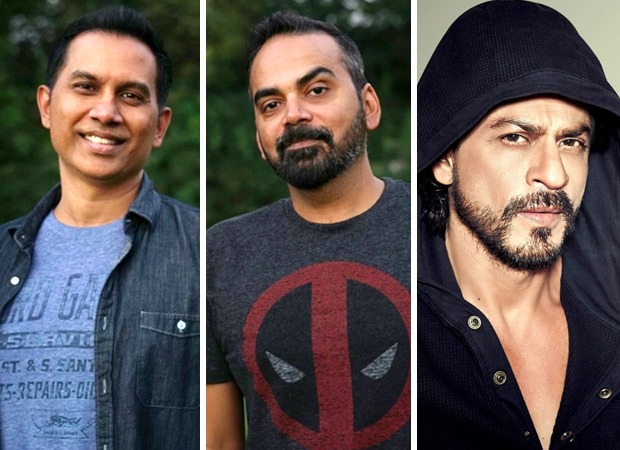 Then in a few months, reports began to come in that they are making a film with none other than Shah Rukh Khan. The superstar has been in a self-imposed sabbatical ever since his 2018 biggie Zero flopped. Earlier, it was speculated that he’s doing with blockbuster Tamil director Atlee. Some reports also suggested that he’s doing a film with acclaimed filmmaker Rajkumar Hirani. This led to a lot of confusion and on top of that, Raj and DK, as they are called, got busy into making the second season of The Family Man. Not just that, around 10 days back, it was officially announced that they are also working on another web show, Citadel, backed by Avengers makers, the Russo brothers. Hence, SRK fans began to feel that the Raj-DK film might not happen.

However, in their latest interview to Rajeev Masand, the quirky filmmakers have opened up for the first film on this film and also made it clear that it’s very much on. Raj Nidimoru began talking first and he said, “We have narrated a story few months ago, and Shah Rukh loved it. We are in talks. He wants to do it and he said that we'll do it. The news is not out (officially) but it leaked a couple of times. So I think I can talk a little bit about it. Because (until now), we have kept mum. It's not like Shah Rukh said 'Don't tell a word'. Like, we didn't talk about the Russo project till it came out. I guess if we hold it too long, then it leaks!”

There have been fears that this film might not be the typical Raj-DK film but the duo clarify that it’s in their space. Krishna DK said, “We just told him the story that we wanted to say and he immediately loved it.” Raj, at this, added, “He did say one nice thing that 'your script is great and it's important to keep the script intact. So whatever happens in the journey, make sure that the script is whatever you guys wanted it to be. Make the film that it should be. Don't be bogged down by the actor in it or the staff in it and stuff like that'” Krishna then stated, “It was his way of saying that even if I offer a suggestion, don't feel compelled to take it.”

Raj Nidimoru then shared more details on this aspect, Usually, you feel that in the second meeting, you'll see the (true) colours and he'll be like 'So now let's change the story'! But no, after many, many meetings, it's still the same. (In fact), he's even stronger into it. So it's wonderful that he's so open to it. It is one of our favourite scripts that we've been holding on, hoping to make it at the right time. So yeah, it'll be exciting if we can pull it off with him.”

It now remains to be seen when Raj Nidimoru and Krishna DK begin this film and how they manage to fit it in their extremely busy schedule.