After having a rocking year in 2018, Radhika Apte is all set to spill her charm on the brand world as the actress is bagging endorsements one after another. Radhika Apte with back to back hits be it films or digital space and was omnipresent on the magazine covers as well last year. The actress was titled as "The Woman of the Year" by several publications. The actress took to her social media handle a day prior to the announcement that something big coming up tomorrow and it curated curiosity among the fans leaving them eager. 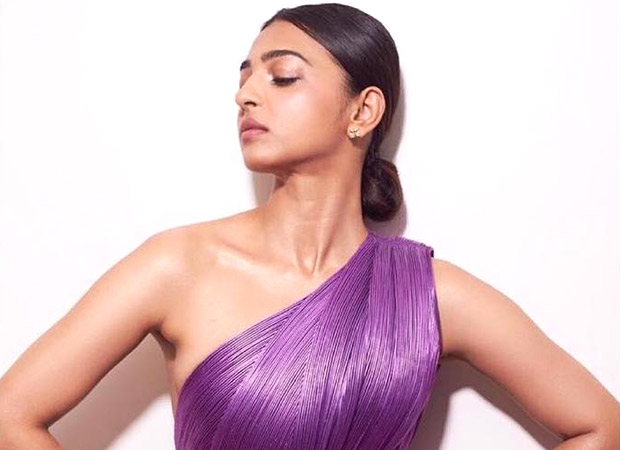 Radhika has proved her mettle on several occasions. The actress' versatility and honest persona are the most endearing traits of her.  Radhika gets into the monochrome groove, rewrites the rules of Bollywood and graced the cover of all the big magazines. Radhika Apte is the first brand ambassador for Clinique India. The actress took to her social media handle and announced "A brand I love and cannot get enough of! I am so happy to be the first brand ambassador for Clinique India! Tell me what you think! @Clinique_In#RadhikaXClinique#Partner"

A brand I love and cannot get enough of! I am so happy to be the first brand ambassador for Clinique India! Tell me what you think! @Clinique_In #RadhikaXClinique #Partner

With movies like Andhadhun and Padman doing extremely well at the box office, Radhika Apte believes she has had quite a run last year. The actress not only shone through her movies but also made her presence felt on the small screen in the form of web shows. Radhika had three releases – Lust Stories, Sacred Games and Ghoul, this year on streaming apps. Radhika's two movies Andhadhun and Padman are on the top rated Bollywood movies last year. Andhadhun also made it to the 2nd position on the all-time best movies 250 of Bollywood after Anand.  Earlier, IMDb released its top 10 stars of Indian Cinema list for the year 2018 and Radhika owing to the great year she has had shines in the list.

Radhika Apte will be next seen alongside Nawazuddin Siddiqui for which the actress has already finished the first schedule shoot in Patna.