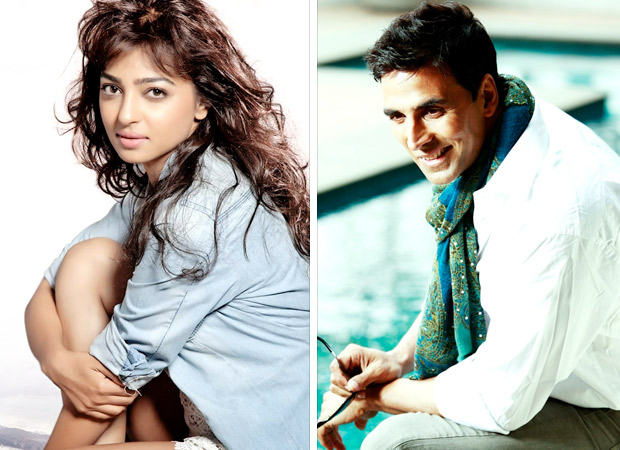 From unconventional to commercial cinema, Radhika Apte has treaded a rather interesting path in Bollywood. The actress who is known for her roles in films like Phobia and Parched will now star opposite Akshay Kumar in the role of his wife in Padman.

Earlier we had mentioned that Radhika Apte will be seen in the film Padman and now we hear that she’ll portray the role of a nagging wife. Readers may recall that Padman is inspired by the real life story of Arunachalam Muruganatham who redefined sanitary pad business in his village by making good quality pads for cheaper rates. But before he became widely known, his wife and sister, we hear, were quite annoyed by his concern over women’s menstrual cycle.

Apparently, showcasing the same in the film, Radhika Apte, who plays Akshay Kumar's wife, is quite embarrassed about her husband’s obsession over menstrual cycle. She further threatens to leave the house if he doesn’t stop his constant questioning over periods of her and other women in the village and one day fed up with it, actually leaves him. However, it is being said that the light-hearted film ends on a happy note for this on-screen couple.

Interestingly, while Radhika Apte plays his reel wife, Akshay Kumar’s real wife Twinkle Khanna was the woman who brought forth the life story of Arunachalam whilst researching for her book. With this film, Twinkle will turn producer and will producer Padman under the banner Mrs. Funnybones.

How I Met Your Mother sequel series starring…