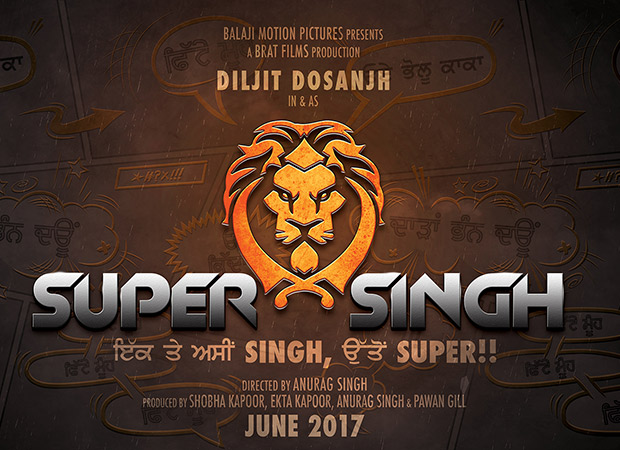 It seems like Punjabi films are the next big destination for Bollywood bigwigs. In the recent past, not just film studios, but also big names such as Akshay Kumar and Priyanka Chopra have also ventured into Punjabi film production. Now, we have learned that Ekta Kapoor is all set to the venture into Punjabi films.

Ekta Kapoor's first Punjabi production, titled Super Singh, will feature the Punjabi superstar Diljit Dosanjh. The actor has clearly become a favourite amongst the movie makers after his performance in his Bollywood debut Udta Punjab. Co-produced by Balaji Motion Pictures and Brat Films, the film will be directed by the National award-winning director Anurag Singh. As it turns out, Anurag and Diljit have already worked together on films such as the Jatt & Juliet series and Punjab 1984. Super Singh is scheduled for June 2017 release.

While Ekta Kapoor has not commented on her new venture, an ecstatic Diljit is seemingly very excited to work with Anurag and Ekta. He says “It has been my long cherished dream to give Punjabi audiences their own superhero. It fills me with pride that this dream is finally coming to life. What has made it even more special is that I get to make this dream come alive with my favourite director Anurag.”

Apart from this, Diljit Dosanjh will also be seen with Anushka Sharma in her second home production, Phillauri, which is slated to release on March 24, 2017.