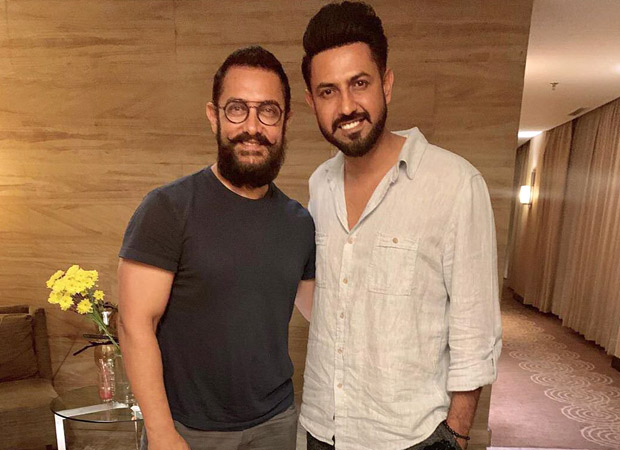 In the six months since he announced Lal Singh Chaddha as his next, Aamir Khan has been undergoing a physical transformation for the part while director Advait Chandan is polishing the script. Ahead of the film which is an adaptation of Tom Hanks' starrer Forrest Gump (1994) rolling in November. The superstar and his team went to Punjab for a recce in the second week of September. Turns out, during the trip, Punjabi singer-filmmaker Gippy Grewal gifted Aamir Khan a Kada that has now found pride of place in the movie.

Aamir Khan was touched by the gesture and decided that he will sport the Kada in the film as well. Written by Atul Kulkarni, the film is helmed by Advait Chandan and will be produced by Viacom18 Studios and Aamir Khan Productions. The movie is slated to hit the theatres during Christmas 2020, next year.

Also Read: Aamir Khan to shoot in Punjab once again for his film Lal Singh Chaddha