Last Updated 02.12.2021 | 3:20 PM IST
feedback language
follow us on
Bollywood Hungama » News » Bollywood News » Me Too – Priyanka Chopra REVEALS that she is not ashamed of admitting that she faced sexual harassment 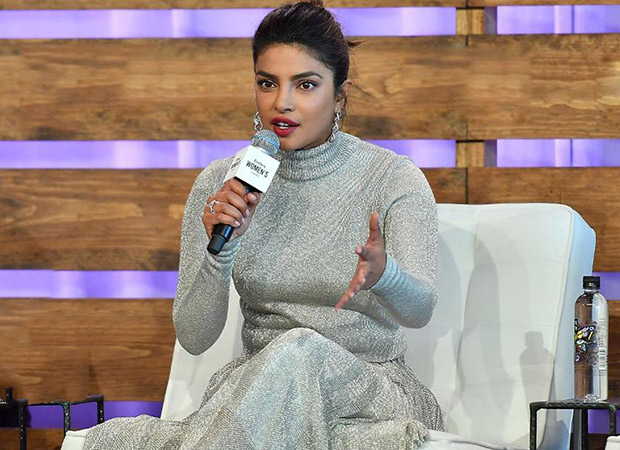 Priyanka Chopra, who has been shuttling between India and U.S. attended the 10th Annual Women Summit in New York. The actress discussed on a wide range of topics but considering that she has been associated with women empowerment in the past as the UN ambassador, Me Too movement was one of the most discussed topics during the summit. We all know that the movement received a new momentum last year when Tanushree Dutta accused Nana Patekar of sexual harassment last year. Now speaking on the same, Priyanka reportedly stated that it was once considered as a norm.

However, adding to the same, the actress also mentioned that now that women are supporting each other, nobody has the power to shut down them anymore. The actress further mentioned that even though women had voices to speak up then but no one was ready to listen. However, the situation has now changed and that no one has the power to shut anyone down from speaking about it.

Priyanka had supported the Me Too campaign by adding that she had faced the same during the past. She had also mentioned how it was not a movement that started off in recent times post Dangal and all but it always existed in the industry since years. She had also added that every woman had faced the same in the country but not everyone chooses to speak up on it publicly.

Also Read: Priyanka Chopra made India proud by joining Oprah Winfrey at the 10th Annual Women In the World Summit!