Priyanka Chopra Jonas is undoubtedly one of the biggest Indian stars that is loved and adored globally. She is ruling the world with her choice of projects and constant will to make Indian cinema global. The actress has recently returned to New York and surprised her husband with an adorable German shepherd pup. While she was here in India, she got in an exclusive conversation with a leading daily and opened up about her experience in Hollywood along with her future aspirations and dreams. 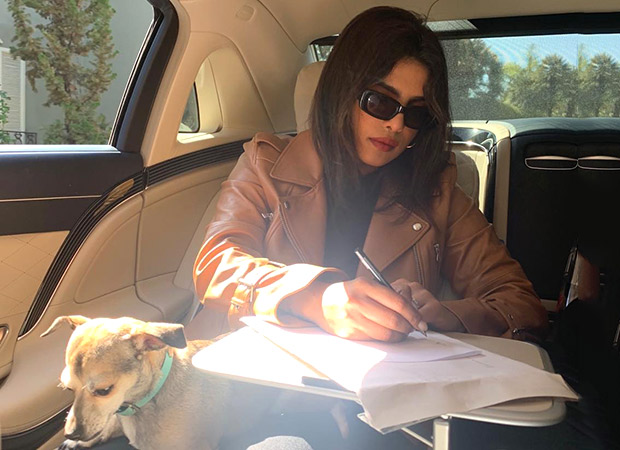 Priyanka Chopra Jonas explained how one needs to stop people in their tracks and say that you’re not just one thing. It took some time for her to adjust there but she made sure to follow her heart. She also said that people these days don’t stereotype Bollywood like they did earlier.

She was also asked about her collaboration with Mindy Kaling and Universal Studies for a full-fledged Hollywood rom-com with an all Indian cast. She happily replied that this was unexpected and things like these don’t usually happen. She also expressed her dream to make Indian cinema global and wishes to create as many opportunities as possible for Indian actors in whatever small way she can.

Priyanka Chopra Jonas will next be seen in The White Tiger with Rajkummar Rao.