Followed by the massive outcry in India over the #MeToo movement, audiences are now looking up at the bigger stars to come out in support of the alleged survivors who have gone on record to speak about sexual harassment stories that they encountered in the industry. Considering that Priyanka Chopra has been the ambassador for many women related causes, the audiences were eager to see the actress’ stand on the matter. However, when she walked in, in the gown designed by Harvey Weinstein’s ex-wife Georgina Chapman during her recently held bridal shower in the U.S., many of them expressed anger against Priyanka for wearing the designer’s outfit considering that Harvey was the reason behind #MeToo movement in Hollywood. 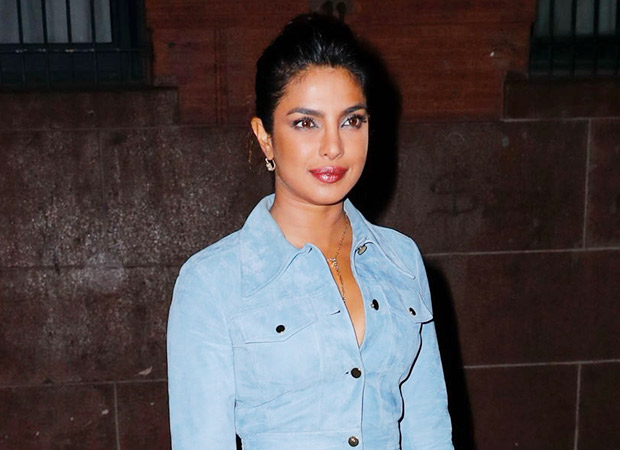 For the uninitiated, many incidents narrated by renowned and lesser known actresses showcased a side of Harvey Weinstein that took Hollywood by a shock. Post many allegations that levelled against the so called Hollywood magnate, his wife Georgia Chapman divorced him. Now that she has been designing outfits, Priyanka Chopra was seen wearing the same during her bridal shower that was organized by her close friends over the weekend. While initially everyone went gaga over the looks, it later took a negative turn when netizens expressed disappointment over Priyanka choosing the outfit made by the wife of the alleged sexual harasser.

However, Priyanka Chopra has quickly jumped into defending the same. The actress came out in support of Georgina maintaining that one shouldn’t make the woman suffer for the crimes committed by her former husband. Asserting that Georgina had immediately divorced him after the incident, Priyanka went on to speak for her stating that she is a friend and she shouldn’t be punished for someone else’s bad doings. She called her a self-made woman and described that she was just helping her out by sporting the outfit. She also maintained that she felt like a princess and that it was so beautiful that it had to be worn by a bride to be.