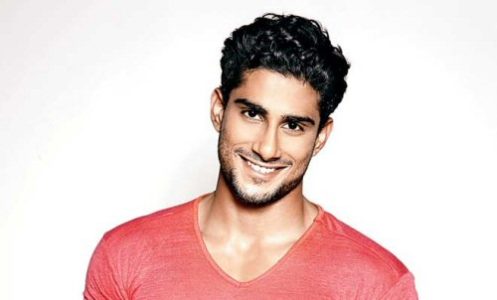 While the nation has drawn out its claws to ridicule and condemn the conferment of the Smita Patil Memorial Award to Katrina Kaif, (late) Smita Patil’s son Prateik thinks otherwise.

Says Prateik, “ I was told by a journo that Katrina Kaif will be receiving the Smita Patil award this year on the 19th of September for her contributions towards Indian cinema. First of all, neither my family, nor I had a clue about which actress was chosen for the award till I received a call from the journo asking me if Katrina is deserving of the award.”

Prateik, who is now following his mother’s footsteps by doing theatre, admits he is been following the trolls against Katrina Kaif’s selection for the award. “I am aware of the ongoing drama and debate over the same on twitter. My mother was a beautiful talented independent and self-made woman. She was extremely hardworking. She worked her way to the top. She was also very popular and was considered to be a strong contender for the No.1 position during her time.”

Katrina Kaif, Prateik believes, has all the qualities that his mother had. “Katrina Kaif is all that too. She's a beautiful, talented independent and a self-made woman. She is extremely hardworking. Like my mother, she too, has worked her way to the top. She is very popular and is considered to be a contender for the No. 1 position, just like my mom.”

Prateik cheers for the beleaguered trolled actress. “Katrina Kaif is absolutely deserving of the award. My family and I would like to congratulate and wish her all the love and luck for her bright future. Good luck Kat.”