The director of the film My friend Ganesha Rajiv S Ruia is all set for his upcoming project. Titled Luv You Shankar, the film revolves around the life of 8-year-old Shivansh who takes a spiritual journey with his parents to discover details about his past life. The film which is themed on reincarnation stars Shreyas Talpade, Tanishaa Mukerji, child actor Mann Gandhi, Abhimanyu Singh and Sanjay Mishra, among other actors. 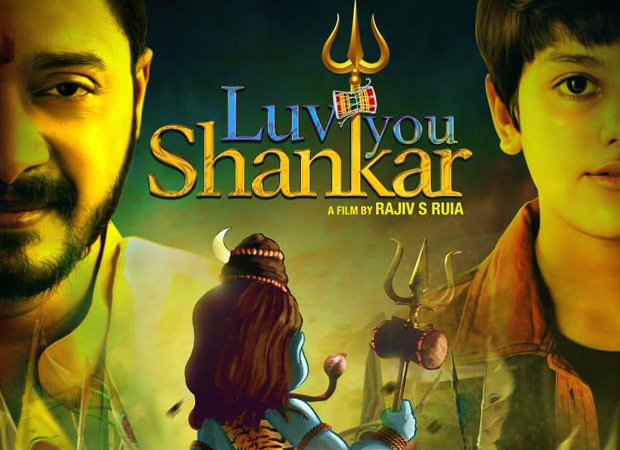 On the auspicious occasion of Maha Shivratri, the makers unveiled the poster of the film. The poster features Talpade, Gandhi and an animated version of Lord Shiva against a backdrop of the holy city of Banaras. Check out the poster here:

Talking about the film, Ruia says, “Luv You Shankar has been made with a lot of heart. This is going to be my first release after the lockdown. So, I am very excited about that. We have a stellar cast onboard. I always wanted to make a film on reincarnation. We extensively shot in parts of Banaras. In fact, it was the second film to be shot in Banaras after the lockdown. We are happy with the way the film has turned out and we cannot wait to share it with the audience.”

Sharing his excitement, Talpade says, "The film is really special to me and is based on reincarnation. More importantly it's been a while where a film that caters to kids has released and I am sure not only them but all age groups will have a blast."

Presented by SD World Film Production, Luv You Shankar has been produced by Sunita Desai. Vardan Singh, who is the associate producer, has also composed the music. The screenplay has been penned by Ram Patil and Priyank Mehta with the dialogues written by Sanjay Masoomm.