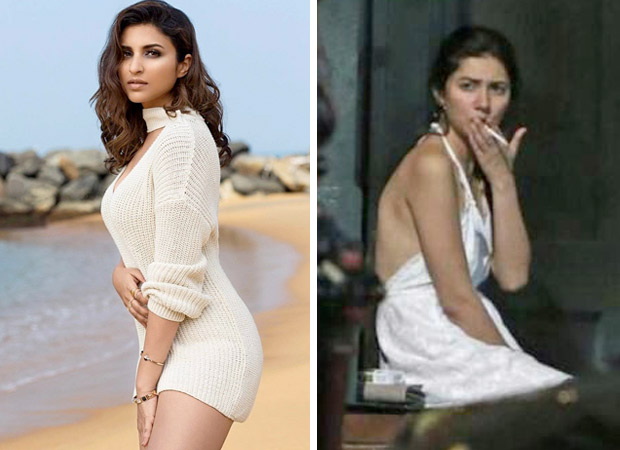 Ranbir Kapoor is probably the only actor who gets into news like never before by simply hanging out with his co-stars/alleged lovers. In 2013, he was spotted holidaying with Katrina Kaif in Ibiza, Spain. The actress was wearing a bikini and this picture went viral and emerged as one of the biggest news of the year. And now, Ranbir has made news for similar reasons – his pictures with Mahira Khan are breaking the internet. In the series of pictures which are probably snapped by a fan, both the actors can be seen smoking somewhere in New York. Mahira can be seen wearing a little white dress which is unlike her image.

Sadly, Mahira Khan was trolled and slut-shamed online for not just smoking and wearing such a short dress, but also for hanging out with an Indian guy. Also, a section of people attacked her for indulging in such ‘indecent’ activities despite being a Muslim.

At the trailer launch of the Diwali biggie Golmaal Again, Parineeti Chopra was asked to comment on these slut-shaming comments. The actress made it clear at the onset itself that since this issue isn’t connected with her film, she won’t elaborate in detail. She briefly answered, “It is a little unfair (to criticize Mahira for such reasons) and everybody knows that it’s unfair. And it will stop (in its due course). It’s just that today because of social media, everything becomes too big a deal.”