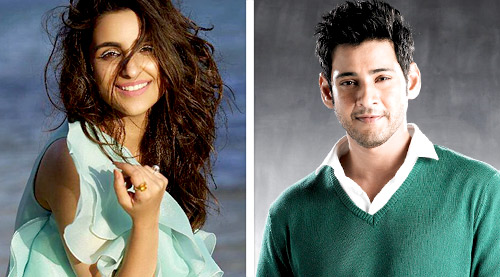 Sadly now it seems like that is not happening anymore. According to the reports, Parineeti Chopra has left the film and won't be making her Tollywood debut anytime soon. The reason for Parineeti to leave the film is still unknown. We hear that Rakul Preet Singh, who made her debut in Divya Khosla Kumar's directorial venture Yaariyan, will be replacing her in the upcoming Telugu-Tamil bilingual. The untitled film will go on floors this August and has a huge budget of Rs. 90 crores.

As for Parineeti Chopra, she will be seen in Maneesh Sharma - Yash Raj Productions upcoming romance drama Meri Pyaari Bindu opposite Ayushmann Khurrana and it is slated to release next year.