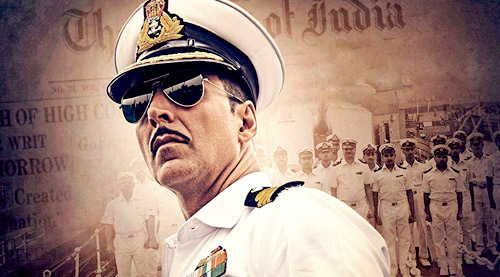 Akshay Kumar is currently enjoying his holiday time in the US but the actor has now decided to use this opportunity to interact with fans as well as promote his forthcoming period thriller Rustom. The actor will be in New York bonding with Parsis over lunch.

It is being said that Akshay Kumar, who plays the role of a Parsi Naval officer Rustom Pavri in the upcoming film, will be enjoying a scrumptious and authentic Parsi meal in New York. He will also be bonding with the residents of the community in US and Canada during this luncheon. Though the actor is a complete fitness freak, we hear that this time around, Akshay wants to gorge on some of the Parsi delicacies including Dhansak and Patra ni machhi. It has also been learnt that Akshay Kumar will be felicitated by the community during this event, post which he will also unveil the romantic number from the film titled 'Tere Sang Yaara'.

Rustom, directed by Tinu Suresh Desai, also stars Ileana D'Cruz, Esha Gupta, Arjan Bajwa among others and is slated to release on August 12.