Parineeti Chopra is sure all set to come back in the game, in a big way! After replacing Shraddha Kapoor in the Saina Nehwal biopic, she is set to play Emily Blunt’s character in the Hindi remake of The Girl On The Train! Reliance Entertainment is set to back this project based on a super hit book by Paula Hawkins. The movie will be directed by Ribhu Dasgupta and has all the elements of intrigue, drama to keep you on the edge of your seat. 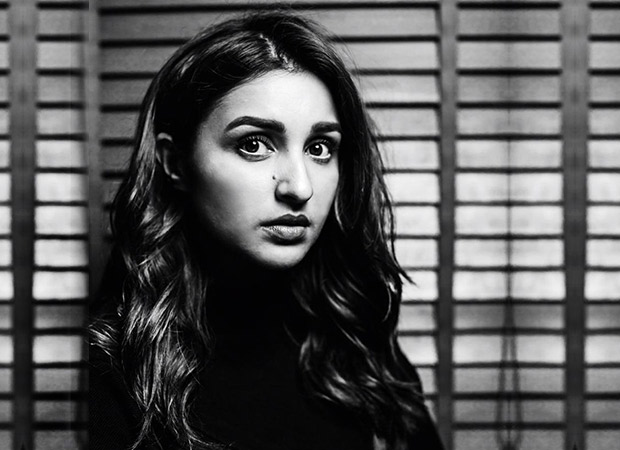 Pari will be playing a divorcee addicted to alcohol, who investigates a crime scene. It sure is a challenging role for her and a departure from her usual bubbly self. The film is based on Paula Hawkins' 2015 runaway bestseller, The Girl On The Train. The book was also adapted into a Hollywood film by Steven Spielberg’s DreamWorks Pictures and received a warm reception at the US box office.

Emily Blunt received a nomination for her performance at the 23rd Screen Actors Guild Awards, as well as a nomination for BAFTA Award for Best Actress in a Leading Role, in the film. The author-backed role in the official Hindi remake will star Parineeti Chopra, who steps into the shoes of an alcoholic divorcée, who becomes involved in a missing person’s investigation.

The psychological thriller will be produced by Reliance Entertainment, who have procured the rights of the book and the film and will be adapting it from an Indian story telling perspective.

Confirms Shibasish Sarkar, Group CEO Reliance Entertainment, "Not only is The Girl On The Train, one of the best psychological thrillers but also a heartwarming story of the female protagonist and her discovery of life. We have procured the rights of the book and the film, and will be adapting it from an Indian storytelling perspective. Amblin will be a partner in this film."

“We are always pleased to work with our long-time partners at Reliance Entertainment to bring the best stories to audiences around the world. This Hindi-language adaptation of The Girl On The Train is a first for Amblin and a testament to Paula Hawkins’ incredible book and our 2016 film,” says Jeff Small, President, and Co-CEO, Amblin Partners.

The still to be titled, the taut thriller will be directed by Ribhu Dasgupta, who will adapt the bookkeeping in mind the sensibilities and grit of the characters from the source.

As the film is all set to go on floors this year, National award laureate Parineeti Chopra can’t wait to start work on the film. She says, “I want to do roles that audiences haven’t seen me in before and ones that require a lot of prep and homework, which is why The Girl On The Train really worked for me. The character is an alcoholic and a victim of abuse, and I haven’t explored anything like her onscreen before”.

Talking about what made Parineeti the ideal choice for the protagonist in the film, Ribhu says, “The character is edgy, dark, and gritty along with being extremely emotional. So it is great to team up with someone like Parineeti, who is an extremely sincere actor and a powerful performer.”

The casting was a beautiful twist of destiny in a way for Parineeti Chopra who related to the character at the very start, “It’s exciting because I never thought I’d actually be doing a film around a book I’ve read and loved. I relate to the character because I’ve studied and worked in London, it’s my second home…I even know the tube maps inside out. I can’t wait to start shooting the film and relive those days and I hope people enjoy seeing me in a completely new avatar in this film.” she adds.

Though details remain unknown at this juncture, Shibasish reveals, "The film is expected to go on floors around July 2019 and we expect to finish shooting by September. The film is entirely set in UK and we are in the process of locking the location. We haven’t fixed release date yet but it will be in 2020."