By now, everyone would be aware that the Pataudis are in Europe for a work cum pleasure trip. While Saif Ali Khan has already got into his work mode after a short trip time with his wife and son Taimur Ali Khan, Kareena Kapoor Khan will start her shoot in London in July. The actress is currently spending quality time with friends and family whereas Saif is using this time to bond with his Jawaani Jaaneman actor Aalia F who will play his daughter in the film. The two were recently spotted attending the ICC Cricket World Cup in Old Trafford, Manchester and now a video of a Pakistani man misbehaving with the Khan star has surfaced. 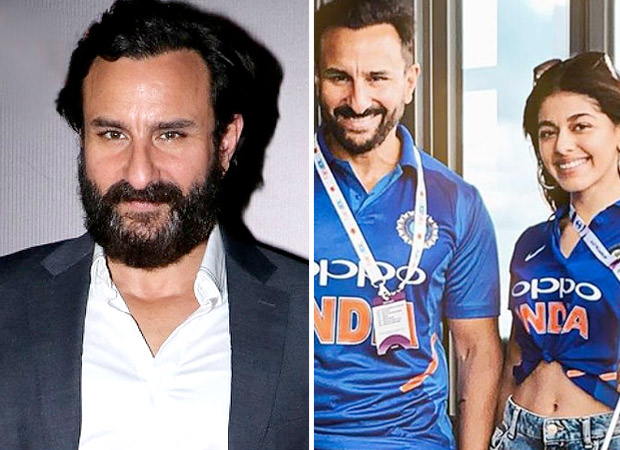 In a video that found its way to Instagram, a Pakistani man is heard referring to Saif Ali Khan as the 11th water boy of Indian cricket team and also alleged that he has beaten many Pakistani men. However, a fuming Saif Ali Khan maintained his cool and composure as he was seen walking out of the scene. Obviously many netizens who came across this video called out the said Pakistani man for posting it in bad taste. Some reports claim that this man in question is a Pakistani journalist. Have a look at the video:

Coming to Jawaani Jaaneman, the film will mark the Bollywood debut of Aalia Furniturewala, who is the daughter of actress Pooja Bedi. The film will feature Saif in the role of a father who refuses to accept his age. The film, directed by Nitin Kakkar, is expected to be shot extensively in London. It is slated to release on November 29.