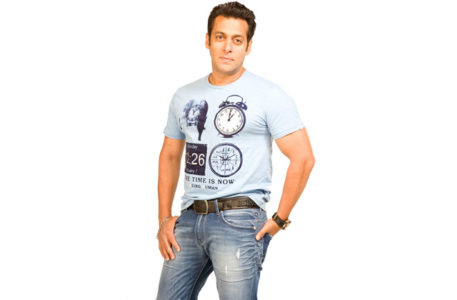 Earlier this morning, we had reported that Mumbai-based Indian Motion Picture Producers Association (IMPPA) passed a resolution to ban Pakistani artists in the wake of the recent Uri attack on an army camp in Jammu and Kashmir. Last week, Raj Thackeray’s MNS party had released a decree giving 48-hour ultimatum to Pakistani artists to leave the country. Fawad Khan, Mahira Khan, Atif Aslam and many more artists have faced the wrath of people as none of them have condemned this attack.

During a media interaction that was held this afternoon for the launch of the Being Human merchandise, Salman Khan was asked about the Uri attack and the Indian Army’s surgical strikes. He said, “Ideal situation should have been that of peace. In this day and age, I think if we lived in peace and harmony it would have been better for everyone and especially for common people." However, reacting to the surgical strikes by the Indian army, Salman did retain that the act was appropriate. He said, "They are terrorists. It was a proper action."

This was followed by a question on the current ban that has been passed by IMPPA on banning Pakistani artists. Salman Khan said, “The action taken against terrorists was a proper one. Pakistani artistes are just artists and not terrorists. Terrorism and art are two different subjects.”  He questioned the interviewer asking her, "Do you believe artists are terrorists? They come with a valid visa. Who gives them visa? Our government gives them a visa and work permit."

Many Bollywood celebrities including Amitabh Bachchan, Shah Rukh Khan and Akshay Kumar praised the Indian Army on the surgical strikes conducted along the Line of Control earlier this week.