Bollywood actress Sonam, who was known for films like Vijay, Tridev, and Vishwatma, discussed her plans about returning to Bollywood. The actress has been away from the industry for over three decades. After being married to filmmaker Rajiv Rai and considering the attempt on his life by hitmen, the actress had relocated outside India. But now that she has returned to the city, she has decided to return to the entertainment industry too. The actress decided to give a candid interview to ETimes where she discussed about her future plans in the industry. 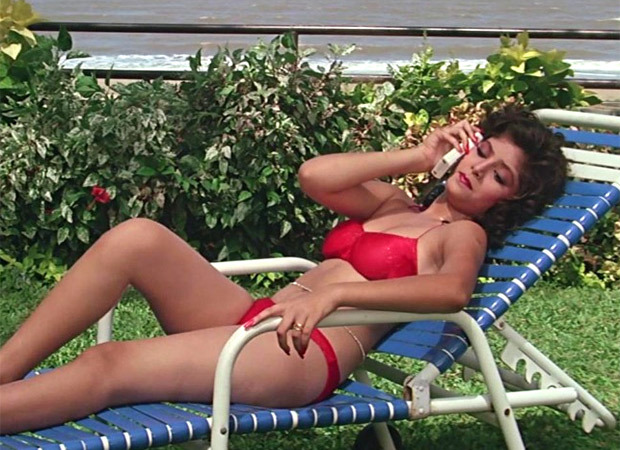 Talking about quitting Bollywood, Sonam said, “I quit films at a very young age as I got married and then, had to leave India for personal reasons. I really don't know what was going on in my mind at that time. I wanted to have a family. I think I was too young to realize the ramifications. I was only seventeen-and-half then. I was too naive.” For the unversed, Sonam and Rajiv Rai separated in 2016.

The actress went on to confess that she had relocated over five years ago but the pandemic stalled her plans of making a comeback. “I had slipped into the city about five years ago. Actually, I wanted to come out three years ago, but COVID threw a spanner,” she added. The decision came after the actress realized how much she missed being a part of the industry. “The industry was very supportive of me. They made me feel very important and happy. I have no big regrets, no big complaints.”

However, she did confess that there were few offers that she regrets giving up on. “I was offered Baaghi as the female lead opposite Salman Khan. And I refused Lootere (with Sunny Deol) too. I had decided to start a new life. I was getting married. But I wish I had done Baaghi. I have a lot of respect for Salman Khan and I am a big fan of his.” Readers may recall that Sonam was also a part of many multi-starrers. In fact, when Yash Chopra launched her in Vijay, she shared the heroine tag with Meenakshi Seshadri. Being candid about her relationship with her female co-stars, she continued, “No two heroines can be friends. But, I had no acrimonious equation with any heroine.

Coming to her ‘return to B-town’, the actress also has an idea about what she wants in the future. “I have lived in the UK and US, globe-trotted actually. It's my second innings. And, as my Instagram handle says, I was lost and I am now found again. I want to meet new people now and work with them. I feel I still have a lot to learn. And, I am willing to learn. I didn't keep in touch with the industry. I wish I had. I want to work with Anurag Kashyap, Neeraj Pandey, and Vishal Bhardwaj. I love their style of filmmaking. And I want to do web shows; I love OTT; I consume a lot of content in OTT space.”

She concluded by adding how her family is equally supportive of her decision. “My son says that I should do whatever makes me happy. Others are not sure as I keep oscillating in my decision. But now, I have finally decided.”